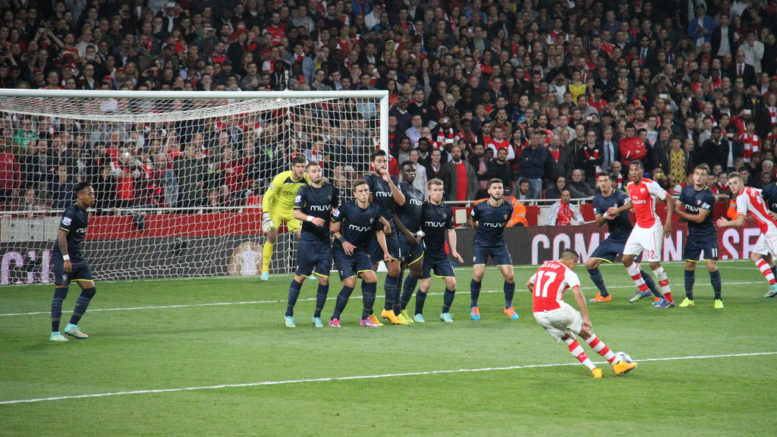 We have looked at the top of the Premier League ahead of the new season and we have gone through the likely top goalscorers in the campaign but before the opening kick off there is just enough time to look at some of the other markets that have been priced up.

Most of these markets are largely for accumulators but now and again some decent value can be found for ante-post singles in markets which focus on finishing positions, relegation and geographical location. There are three markets to attack for us.

One market I like to bet on in a Premier League season is the relegation one because just recently we haven’t seen the three promoted teams relegated so someone more established has tended to drop out of the competition. A couple of seasons ago that was Bournemouth and last season it was Burnley.

There are a couple of contenders to drop into the bottom three and I’m going to back them both are fair prices. Only the bottom three teams scored fewer goals than Wolverhampton Wanderers last season and while their defensive record was much stronger than most, the underlying numbers suggested they overperformed in that department. They haven’t really strengthened in attacking areas and there are fears Raul Jimenez is going to miss at least the opening month of the season. Wolves fans will be eager for September to come along quickly so they keep hold of Ruben Neves but even with him they look contenders to plummet this term.

The other team who I’m happy to take on are Brighton and Hove Albion. They had a great campaign under Graham Potter last season but were the joint fourth lowest scorers in the competition and have lost two huge players in Yves Bissouma and Marc Cucurella. Their record without Bissouma last season was terrible with just one win in his absence and there is a similar record when they are without Adam Webster too so an injury to him would be costly. Brighton are renowned for creating a host of chances and not making the most of them so I expected a striker to come in during the summer. That hasn’t happened so I expect a much harder season for the Seagulls this time around.

One of the more competitive races in the Premier League is the one without the big six which means we are betting on the team which finishes the highest outside of Manchester City, Liverpool, Chelsea, Manchester United, Arsenal and Tottenham Hotspur.

Last season this market would have been won by West Ham United who finished seventh to win it but it is Newcastle United who are the favourites this time around. I get that they have stacks of money but I’m still not sure about Eddie Howe as a coach and for all their wealth they haven’t really distanced themselves from the rest in terms of the squad depth. Aston Villa should be mentioned in this market because they have recruited very well but Gerrard still has something to prove as a manager.

I still believe that when everyone is fit Leicester City have the best squad of the rest in the division. Losing Kasper Schmeichel came as a bit of a surprise but there were signs last term that he was getting phased out a little. Leicester won this market two seasons ago when they finished fifth and won it the year before when they achieved the same finishing position. Last season they could only come eighth, four points behind West Ham in seventh but they had a crippling injury list, the kind I can’t believe they’ll have again this season. With time to add to the resources they have I think the Foxes are a good price to be the best of the rest at 7/1.

I’ve already highlighted two teams who I think could fill part of the frame in the bottom three this season but there is still time to go at who will finish bottom. That usually is a position filled by one of the promoted teams and I am not expecting anything different this time around either.

The three teams in question are Fulham, Bournemouth and Nottingham Forest. That was the order they were promoted in but Forest have gone bonkers in the transfer market and look to have put a squad together that will be more than competitive in this division despite their later entrance into it. I think Fulham are likely to have enough firepower to give them a better chance of staying up than they have had recently which leaves Bournemouth, who have only brought defensive players in the form of Ryan Fredericks and Joe Rothwell so far this summer. Clearly there is time for further reinforcements to come but I’d imagine they’ll be giving the rest a head start and I’m not sure they will reel them in. We saw when Scott Parker managed Fulham that his possession based style can be detrimental to scoring goals at this level and I don’t see the Bournemouth defence keeping them up. They look prime candidates to finish bottom to me.

Back Wolverhampton Wanderers to be relegated for a 1/10 stake at 6.00 with William Hill

Back Bournemouth to finish bottom for a 2/10 stake at 3.00 with BetVictor

Back Brighton and Hove Albion to be relegated for a 1/10 stake at 10.00 with Sky Bet