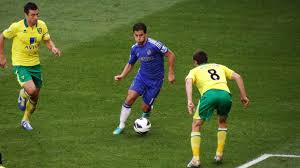 A lengthy Premier League weekend gets underway on Friday this week with two matches in the top flight as the season begins to draw to a close. It is a night which is expected to be extremely significant as it is Chelsea’s first chance to win the league.

Chelsea head into the TV match against West Brom knowing they will be champions if they win the match while in the other game away from TV, Everton take on Watford. We’ll preview both matches in full beginning with the important televised match. After their win over Middlesbrough on Friday night, Chelsea head to The Hawthorns knowing that they will be champions if they pick up another win. West Brom aren’t really playing for anything so this looks like a good opportunity for the champions elect to confirm their destiny.

Since they secured their safety West Brom have only picked up five points from a possible 27 and have only won one of their last nine in the league and that was against an awful Arsenal side on the day. Chelsea haven’t always convinced on the road recently but they have got the job done more often than not.

I know they’ve had a short turnaround but I think the incentive to win the title is too strong for me to not back Chelsea here. West Brom ended a run of five matches without a goal with a couple at Burnley on Saturday but I fancy they’ll be back to drawing blank against a Chelsea side who are suddenly keeping clean sheets again. Chelsea to win to nil is a touch too big to ignore.

Two sides finishing the season in very different ways meet in a rare Friday night game away from the cameras when Everton host Watford. I say they are both finishing differently but Everton head into the game having lost their last two. Watford though have lost their last three.

On those losing runs neither side have scored a goal in any of those defeats but I fancy Everton will sort that out here. They are generally good at home and only Liverpool and Chelsea have taken all three points away with them.

Watford have lost their last five away matches, all without scoring, and the signs are that they are struggling to raise themselves with nothing to play for. Everton aren’t a side who can let a season dwindle away and so I expect them to pick up a fairly comfortable win.