The scaled down set of Premier League fixtures draws to a close on Sunday with two more matches to make up the regular Super Sunday offering. After the spotlight was on the foot of the table on Saturday we look higher up the ladder for the focus on Sunday.

It is the top four that is under the spotlight on Sunday as Liverpool and Manchester United look to boost their Champions League qualifying hopes over the course of the afternoon.

Man Utd head into the match off the back of a tough extra time night in the Europa League on Thursday and that success came at a significant cost with the news that Zlatan Ibrahimovic and Marcus Rojo have damaged knee ligaments and are out for quite some time.

Burnley’s form has taken the inevitable dip in recent times but they remain very hard to beat at Turf Moor and with key players missing out for United in this match combined with their incredible liking for drawing matches this season and potentially heavy legs in the visitors camp I think Burnley on large looking Asian lines are the way to approach this one. 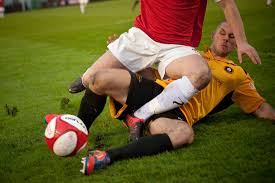 Once things have finished at Turf Moor we head to Anfield for the clash between Liverpool and Crystal Palace. Both need the points in this match. Liverpool need them for the top four spots while Palace are only four points clear of the drop zone after Saturday’s results.

In any normal time of the season you might have this as a fairly routine Liverpool win but Palace have been to Chelsea and won recently so that makes them dangerous. That said they will be without Mamadou Sakho for this one and he has been a key wheel in their defensive revival so he will be a big miss.

Sakho’s absence leads me to think that Liverpool will enjoy more against this defence than Chelsea and Arsenal got out of it recently but at the same time Liverpool set up perfectly for Palace to counter attack on so the 4/5 on both teams to score in this one just has to be snapped up.