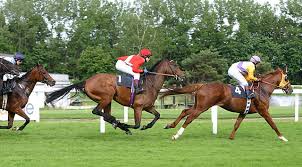 The headline races at the Royal Ascot meeting are often the Group races but sometimes the best betting heats are the handicaps and there are two of them on the card for Day 2 of the famous five days on Wednesday.

There is the cavalry charge which is the Royal Hunt Cup on the card and then one of the new handicaps added to the schedule. We’ve had a good look through the many runners and riders and found bets in both races.

This is what it’s all about for me, a 30 runner straight track handicap over a mile.  You need to be looking for something unexposed with 4 year olds holding sway in recent years but that’s hardly an angle here as the first 10 in the market are all from that age group.   On the evidence of the first day, a high draw should be favoured so anything drawn 12 or lower can probably be ignored.  It would certainly take something special to score from a low draw.   Finest Sound & Irish Admiral are 2 fancied runners drawn low & there’ll probably be another day for them both.

The Gosden’s saddle the first 2 in the market with Dettori taking the ride on Magical Morning.  He’s not been seen since finishing 2nd at the tail end of last year & has been raised 2lbs here but is very lightly raced & could be capable of better.   Haqeeqy won the Lincoln in fine style but this 7lb higher mark (14lbs if you factor in jockey’s allowance) may prove troublesome whilst his disappointing run in a Listed race here also tempers enthusiasm.   Astro King has been running well but has been raised 3lbs for finishing 3rd in the Thirsk Hunt Cup when not having any obvious excuses.

I’m going double handed with the first bet being Matthew Flinders.  He’s just about drawn ok in stall 15 & if that doesn’t hinder him, he must surely go very close.  A winner of 2 of his 8 career starts, he’s sure to land a big handicap before long.  He beat Magical Morning by almost 2 lengths last year &, on reappearance this term, was 3rd in the Spring Cup off 2lbs lower.  Last time out can be forgiven as it was at York, a track where he’s failed to show his true running in 3 starts there.  He’s got form over further which is an advantage here in a big field whilst good or better ground is an absolute necessity for him.  In fact, taking out runs on soft ground and/or at York, his career form reads 3-1-1-3, & with this jockey on board form of 3-1-3.  His yard is in top form too so everything looks primed for a very big run.

The second bet is Brunch who has hit the crossbar in both starts this year.  He was 2nd in the Lincoln off a mark of 100 & then followed that with a neck 2nd in the Hambleton at York off 101.  He’s raised 3lbs here to a mark of 104 but given the proximity to the winner last time out, his new mark doesn’t look stiff at all.  He’s another suited by this sort of ground with form on good or better reading 4-1-1-2-2.   A draw of 25 is a big plus & if his jockey can hold onto him a tad longer (he’s hit the front on each of his 2 starts this term), he must go well at a nice price.

A new addition to the Royal Ascot is this fillies & mares handicap over a mile on the round course.  A field of 18 go to post & it’s probably going to be tough for anything drawn in double figures to get seriously involved.   That makes me want to be against the well fancied Mostly & Lights On.  The former runs for the Gosden’s & won a Class 4 handicap on reappearance before flopping stepped up to Listed company last time out whilst the latter has won both starts this term but is drawn very wide indeed.

Dreamloper has been targeted at this race & should go well from stall 8.  She was a head 2nd to Lights On last time up over the straight mile here.  She’s up 5lbs for that but is 1lb better off with the winner.  She also won at the track 3 starts ago so clearly likes the track & that was on better ground so today’s conditions shouldn’t be an issue.  David Loughnane has 2 live chances in Ffion & Lola Showgirl whilst So I Told You comes over from Ireland off the back off a pair of wins at Sligo.

My selection is the Godolphin horse, Stunning Beauty.  Drawn in 3, there are no question marks on that score & she comes here with some decent form in the book.  After winning on debut as a 2 year old by 4 lengths, her stable said she’d probably be a Group 1 horse by the end of the year.  That looked very likely when even more impressive next time out beating one of today’s rivals, Lights On, by over 7 lengths despite giving the runner up 7lbs (she’s actually 9lbs better off today too).  After only beating 1 rival in 2 runs over in Meydan over the winter, she returned to the UK & won a Class 2 handicap at Doncaster when getting the better of Beat Le Bon.  That was a pretty good performance on ground similar to today’s & she’s only been put up 3lbs for that win.  I expect her to go forward & stay out of trouble so she should have no excuses & rates as a good each way bet with 5 places on offer.