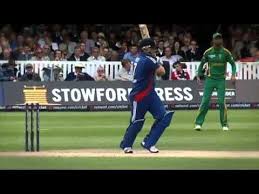 We move into the second half of the SA20 season with a double header of action and the first two teams on show are the teams in the middle of the pack as the Paarl Royals take on the MI Cape Town in a big game for both.

Both teams have nine points from two wins in their opening five matches of the season and while the winners here will move into second, the team who loses will leave themselves a bit of work to do after the international break.

The Paarl Royals have won two matches from their five so far, one which was with a bonus point, and those wins have come by a significant enough advantage that their net run rate is worth another point to them in effect, but this is a team who need to start to come together as a whole now rather than one side of the ball or the other. I think it is fair to say that with the talent that is in their squad two wins from five matches isn’t good enough.

I don’t think the pitches at Boland Park have necessarily suited some of those players who have been recruited. I say that because in the main they all like the ball to come onto the bat but that isn’t really happening. This is a team who used up a lot of resources in their batting so they aren’t really giving themselves much of a chance. If we do see a good batting display from the Royals then they might find enough with the ball to get the job done here.

I think when the MI Cape Town side beat the Paarl Royals so easily in their opening match that they would have been expected to really dominate this tournament. They have only won one game in four since then though so it is hard to argue that they have lived up to that expectation. They are another side who might not be helped by their home wickets so it could be that being on the road will suit them overall. It might not be the case here though.

Cape Town have a batting unit who like the ball coming onto the bat as well, especially their firecracker Dewald Brevis, and if he doesn’t get going it wouldn’t be a surprise if Cape Town fall in a heap. The positive for the Cape Town outfit which the Royals don’t have to fall back on is their bowling attack looks an elite one and should be extremely competitive in all conditions. It might be that they rely on those bowlers here.

You sense if the Paarl Royals are going to come out on top here then Tabriaz Shamsi is going to need to come to the party and take wickets, or bowl four economical overs at the very least. The pitch here should suit him so he becomes a key player.

Rashid Khan is the opposite of Shamsi for the MI Cape Town side. He hasn’t really smashed this competition to pieces yet with just four wickets from five matches and an economy rate of 8.15 but this would feel like a good time for him to do that.

We’ve seen that batting is hard at Boland Park throughout this competition and in a day game on a pretty hot day in Paarl I’m not expecting anything to change in that regard. In fact, we’ve seen right across the country this week that the pitches are becoming tougher to bat on and time the ball with the extreme temperatures in this part of the world at the minute. It might be that the groundsmen need the upcoming break to get some life back into the pitches.

We have a boundaries line for this one at 36.5 which I would have thought would be a little on the high side even with good conditions given the quality of the MI Cape Town bowling attack. I think spinners are going to go well here and Paarl have a couple of good ones in Bjorn Fortuin and Tabraiz Shamsi and with the ball potentially not coming onto the bat we might not get the fireworks we would hope from the likes of Jos Buttler, David Miller and Dewald Brevis. There haven’t been 36.5 boundaries in any game here this season and there was only 36 in the reverse meeting on a much smaller Newlands ground where the wicket played well. I like the under here.