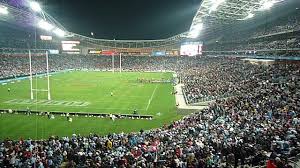 The 2021 State of Origin series gets underway on Wednesday when the old rivals Queensland and New South Wales battle it out for the opening honours in Townsville, on a day which will see one side take a huge step towards the series win.

Queensland currently hold the shield which they have had a little over six months after the pandemic forced a delay to the 2020 series. They will be eager to hold on to it and have been given a huge boost in that quest with this opener moved from Victoria to Townsville due to the Covid situation in that state.

The Maroons went back to Wayne Bennett to reclaim the Shield last year, a move which had the desired effect, but now it is Paul Green who is given the task of leading Queensland and looking to make a successful defence of the title. With two matches in the Queensland part of the country, he is under pressure to deliver the goods regardless of him trying to make out that the Maroons are the underdogs, even though the bookmakers suggest they are.

It has been a chequered build up to this opening match for the Maroons. They have had injury issues over Cameron Munster while impressive full-back Kalyn Ponga has been ruled out of this match. That means Valentine Holmes is likely to play in the number one jersey. There have also been question marks over Dane Gagai although the centre is expected to play, which will be a boost to Paul Green in his first game in charge.

Although they are the away side in this match and the next one, New South Wales are the favourites to win the Shield this season. They were the favourites last year though and never really got close to claiming the honours so clearly they are going to have to have learned from that disappointment, make the necessary changes and go again. From 1-13 you would say they have the strongest side of the two but again that was the case last year and it meant nothing.

Brad Fittler has certainly not been shy in making changes. He has five of the current NRL leading Penrith Panthers side in his ranks so the form line certainly sits on the side of the Blues in this opening match. You look at the back line of New South Wales and there looks to be a lot of points in it, with James Tedesco a potential star of all three matches. Technically NSW have everything needed to win this match and conditions should suit them as well, so this might be all about what mental strength they have after last year.

Something is telling me that the Queensland Maroons are overpriced for this opening match, especially if Cameron Munster is fully fit as he is expected to be, but the indifferent build up has had enough attention for it to put me off backing them so instead I’ll head to another bet for the match which comes in the form of the total points line, where I’m very surprised the line is as high as 42.5pts even in what will be dry conditions.

Game 1 in recent Origin series have been tense and tight affairs and I don’t see that trend changing here. You have to go all the way back to 2010 for the last time there were more than 42.5pts in a series and with the series getting bigger every season and the build up getting stronger and stronger both sides are likely to be giving their all in this match and not offering an inch to the other. I do think this will be a better game to watch than some openers previously because conditions will allow the ball to be moved around but I’m still siding with the defences to be tough to break down and as such under 42.5pts looks the one for me.