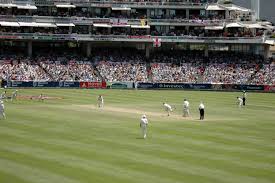 The Ashes have already been won but there are still two matches to be played, the first of which comes along in the fourth Test match which begins in Sydney on Wednesday in Australia, or late on Tuesday evening in the UK.

England have lost the series after three truly pitiful performances to date and are playing purely for pride. Australia are now expected to win the series 5-0 and that will be their aim as they go about rubbish the English noses in it.

I don’t think we’ve seen the best of Australia in this series. The simple fact is we haven’t needed to, but what we have seen has been more than good enough to retain the urn inside 12 actual days on the cricket field. Australia haven’t really shown all their mite with the bat but they have had enough first innings runs to win the opening three matches. When sterner tests come in the future they will need a greater output overall.

Runs haven’t really mattered for the home side though because the tourists have been nothing short of a mess with the bat, which has allowed the Australia bowlers to completely dominate the series. You get the impression that nothing is going to change in that regard so the only thing which could be an opposition to Australia is their own complacency. With crowds back after so long away and a new captaincy team I suspect even that won’t derail them.

Where do you start with this England side. They have played three matches in the series so far and haven’t picked the best team in any of them and have been soundly beaten in all of them. People were content to allow them a poor performance in the first match because of all the issues they had going into the series but as it turned out that was their best display so far and since then they have got progressively worse, culminating in one of their worst losses in Melbourne to surrender the series.

England are playing for pride from here on in but they have to start showing some fight. They have done little right in this series so far. They can’t put up any sort of meaningful total with the bat, bowl the wrong lengths and lack aggression with the ball and then the captaincy has been a shambles from start to finish. It is clear heads will roll at the end of this series but for now they have to try and find their best cricket and get a punch or two into the Australians. That would take something special based on what we’ve seen so far though.

Australia have been forced into a change and it is the only switch they are making. Travis Head was ruled out of the match after testing positive for Covid and he will be replaced by Usman Khawaja. Josh Hazlewood still isn’t 100% so the Melbourne hero Scott Boland will get another game.

England have announced their XI and in true English style they have given no consideration to the future at all and instead recalled a 35-year-old in Stuart Broad ahead of arguably their best bowler in the series in Ollie Robinson. That means talents such as Ollie Pope and Dan Lawrence will be scratching around twiddling their thumbs.

The weather is set to play a part in this match but I’m not sure it will save England. England were beaten inside four days in Brisbane and before lunch on the third day in Melbourne and although the pitch is Sydney is much better for batting these days, that is no use to England who don’t look like they could score runs on a road against this attack. If the wicket is good for batting then Australia might only need to bat once which will negate any time taken out of the match due to weather.

This England team look a beaten side and with all the Covid concerns going on around their camp and the series already done and dusted it wouldn’t be a huge surprise if the plane home is more on their minds than the remainder of this series. Australia are a pretty ruthless nut to crack and they will be buoyed by the number of wickets picked up by bowlers other than Mitchell Starc and Pat Cummins. The weather might mean it takes longer but I expect the Australia procession to continue here.