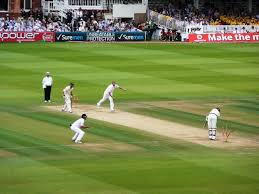 The latest Ashes series concludes this week when Australia and England head to Hobart for the rescheduled fifth and final Test match, one which has been switched to a day/night game at the Blundstone Arena.

We know Australia will keep the urn but England finally showed some fight in Sydney and we saw a bonafide contest for the first time in the series. Australia will be looking for 4-0 here while England will go in search of a first Test win in Australia in 11 years.

I think it is fair to say that their display in Sydney was the worst of the series for Australia. I guess that was to be expected after they had already won The Ashes but if they want to get back to being the ruthless winning machine they were a decade or so ago then they should demand better of themselves even if a series is already won. Their fielding efforts in particular saw their standards drop and we can expect them to be in much better order here.

The other thing about the Australians in that last game was they couldn’t really cut loose with the bat until the latter stages of both innings. The positive is that despite the rain, had Cummins declared when he could have then you would imagine the hosts would still have won the match. They head off to Pakistan for their next Test assignment and I would imagine they’ll be eager to go there with another win to add to their World Test Championship points tally.

It took a while but England finally showed some fight in this series in Sydney. They might have showed some character and ticker but at no stage in the game did they look like winning the match whereas at least in Melbourne they led until deep into the Australia innings until they fell away alarmingly. England have plenty of excuses, some of which are valid others which are less so, about why they have been so poor in this series but the minimum requirement in this series in particular is to battle and make it a contest. That is the case in this final game too.

The positive that England could take out of the fourth game, aside from it being the only game of the four that they haven’t lost, was that certain players offered something with the bat. In fact, they saved the game with hardly any contribution from their captain and they have been crying out for help for him for a while. If those players can offer something again here and prove their efforts were no fluke it would give England something to take to West Indies with them next time out.

Australia have confirmed they will be making one change but they could be forced into another. The definite change is Travis Head coming back in for Marcus Harris but they might be without Scott Boland as he was on and off in Sydney with an injury. Jhye Richardson would be the obvious replacement for him.

England are forced into a change as well with Jos Buttler having flown home with a serious injury. Sam Billings is near enough confirmed to make his Test debut as the wicket keeper. England might need to make two more changes with Jonny Bairstow and Ben Stokes both nursing injuries. There is talk that Stokes could play as a batter only but if Bairstow can’t play Ollie Pope could replace him. Rory Burns will come in for Haseeb Hameed at the top of the order while Jack Leach and Jimmy Anderson could miss out for Ollie Robinson and Chris Woakes.

I haven’t gone massively big in this series and I’m not going to change that now, not least because we don’t know exactly how England are going to line up in this match, and given that this is the first day/night game Hobart has had we don’t truly know what the conditions are going to be like. We do know the ground was underwater a week ago so I’m not expecting much pace and bounce in it so the swing the twilight tends to bring could be the overriding factor, which might give England a chance.

The bet I’ll go with though is for Sam Billings to cover a performance line of 80.5 points. Unlike pretty much every other player England have called upon from the outside of those who started the series, Billings has been playing regular cricket and has been doing well at it too. He is a good batter with a good technique and he should more than hold his own with the bat in this match. The fact that it looks like England are going to play Chris Woakes, Mark Wood and Ollie Robinson means Billings has men to hang with him with the bat too. I expect the outside edge to be found with the ball nipping around a bit so Billings certainly isn’t out of the game with the gloves either. With runs and catches I expect Billings’ debut to go beyond 80.5pts.