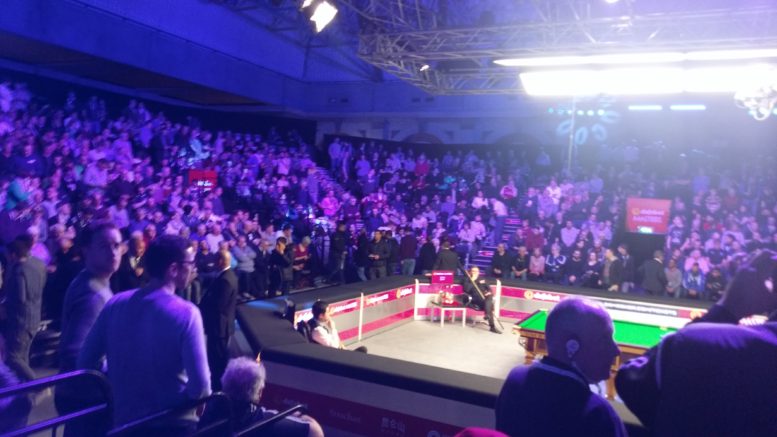 The second quarter final at The Masters sees two men who have done it all in the game collide for a place in the semi-finals at Alexandra Palace as Mark Williams meets John Higgins with one of them continuing on their way at a shot at glory in one of the biggest events of the season once more.

Williams took care of the defending champion in the first round while Higgins disposed of the UK Championship winner to get his tournament underway. Both looked in good order so we could be in for something special here.

In many ways when you think of this tournament your mind leads towards Mark Williams. He is synonymous with one of the best finals that was ever played in this event when he beat Stephen Hendry in a cliff-hanger in 1998. He’ll hope to beat another Scottish legend in this tournament and move into yet another Masters semi-final and potentially beyond. He has beaten Higgins in all the great arenas so certainly won’t fear his man.

The talk going into the tournament was whether Williams would be fit after Covid. He admitted he isn’t still 100% but the game he displayed in beating Yan Bingtao in the first round was of a really high quality and if he has that level with him here then he is entitled to be a huge danger. Williams mentioned after that win that he relished playing in front of a huge crowd and it will be big here too with so many getting all day tickets for the Ronnie O’Sullivan game earlier in the day, so the Welshman should be inspired here.

You can say much the same about John Higgins. He has his own special Masters moment in the form of his amazing clearance in the deciding frame to see off Ronnie O’Sullivan in the final of this back in 2006. That was vintage Higgins and we have seen something close to that level throughout the course of the season which should really overcome the fact that somewhere in the back of our mind we are aware his record in this tournament isn’t as strong as you might expect. He has won it twice but making the final last year was the first time he’d done so since that epic clearance against O’Sullivan and maybe it isn’t a surprise that it was behind closed doors when he did so.

Higgins also looked impressive in his first round win over Zhao Xintong but the Chinese player is a bit of a rabbit in the headlights at the minute after his new found fame having won the UK Championship last month and he played into Higgins’ hands a little bit. Nevertheless, in a good atmosphere in front of a big crowd the Scot delivered and that should stand him in good stead for this quarter final contest.

These two men won’t need an introduction to each other ahead of this match. They have previously met on 46 occasions with Higgins having 24 wins to the 20 of Williams. There are also a pair of draws. Where things are separated is in the frame count where Higgins leads 266-253 which is a fairly big lead when there are only two wins between them. This is their second meeting this season. Higgins came from 3-0 down to win their first 4-3 at the Northern Ireland Open. This will be just their third meeting at The Masters and their first for 19 years. Williams won both their previous encounters at this event. They are locked at 6-6 in their best of 11 matches but it is 4-1 Higgins in their past quarter final encounters.

If you buy the spread of ‘Class of 92’ references over the course of the evening you certainly won’t be on rice and beans for a while but picking a winner of this one isn’t easy. I don’t think it is underplaying it to suggest Higgins is the best player of the two at the minute but there is no getting away from his record in this tournament. Not only was last year the first time since 2006 that he has made the final of this event but it was only the second time he had been beyond the quarter final since 2012. Admittedly Williams’ record isn’t a huge amount better in terms of him not making the final since he won it in 2003 but he hasn’t been in the top eight in the world for much of the last decade so he’ll always be seeded to do things the hard way, so he deserves a little slack.

I’m not going to try and pick a winner. I’m happy to settle back and enjoy a good game although I am on Williams outright so I hope he wins. I’m fully expecting a close battle here though. They went to a deciding frame in Belfast earlier this season which Higgins won but prior to that Williams had won their last four 15 red meetings so he knows he can beat the Scot. Higgins is laying down for nobody at the minute so however this ends I expect the score to be 6-4 or 6-5 either way.