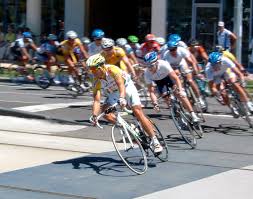 The third day of full action at the Tokyo 2020 Olympics takes place on Monday on a day where there are as many as 21 gold medals up for grabs in a whole number of sports as we set in for another compelling day of sport in the Japanese capital.

We have a wide range of events on a day where there are plenty of medal hopes for Great Britain not least in the form of Adam Peaty who is an emphatic favourite to land gold. As well as the medal sports the programme-long sports are also on show.

As well as all of those sports the tennis continues, which we will preview elsewhere on the site, as well as the likes of the hockey competition, the rowing, badminton, handball, water polo and the two volleyball disciplines among plenty of others on a busy day of sport out in Tokyo.

The Cross Country Mountain Bike race heads up the cycling action on Monday and there is a potential high profile face off between Matthieu van der Poel and the British rider Tom Pidcock in what should be a cracking battle. The former starred at the Tour de France while the latter was going well at the early stages of the year before injury struck but he is said to be back in form now.

Van der Poel left the Tour early to focus on this race so having done that he is under pressure to deliver the gold medal so it will be interesting to see if he can justify that expectation. It might be that the front two isn’t a foregone conclusion. Mathias Fluckiger is the man who actually leads the UCI World Cup series and is the only rider who has finished in the top three in all four races in that series. It should be said that the big two didn’t ride in the third and fourth races but the Swiss rider was the winner of both of those so he appears the best of the chasing pack. This style of racing can be unpredictable with the obstacles and the terrain it is raced over – we saw Peter Sagan suffer a puncture that was fatal to his chances in Rio – so I think I’ll take the Swiss rider Fluckiger to win a medal here rather than pick which of the main two might win only to see them come a cropper. Fluckiger looks a comfortable next best so the 6/5 he finishes on the podium is perfectly fair to me.

There are four gold medals to be won in the pool on Monday with British hopes resting with the emphatic favourite Adam Peaty in the men’s 100m breaststroke. He hasn’t lost for seven years so Britain are hoping the gold will be around his neck come the end of the meeting. In terms of the competitive racing the big race of the session is the women’s 400m where the experienced defending champion Katie Ledecky will look to fend off the younger challenge of Ariarne Titmus.

There is a feeling of Rebecca Adlington vs Katie Ledecky in London 2012 about this race albeit Adlington was a few years older than Ledecky is here and the American might be written off a little too soon. She qualified fastest for this final although it should be said that both her and Titmus eased up and appeared to leave plenty in the tank. I just wonder if experience will come through here. Ledecky has seen off Adlington and others throughout her career but with the American lightly raced recently, Titmus hasn’t really had a rival to aim at and if this becomes a battle of strength then you would think Ledecky can’t lose. She looked good in the semi-final and is a touch of value in what is a straight match between the two.

Back M.Fluckiger to win a medal in the Men’s Cross Country Cycling for a 3/10 stake at 2.20 with Betfair