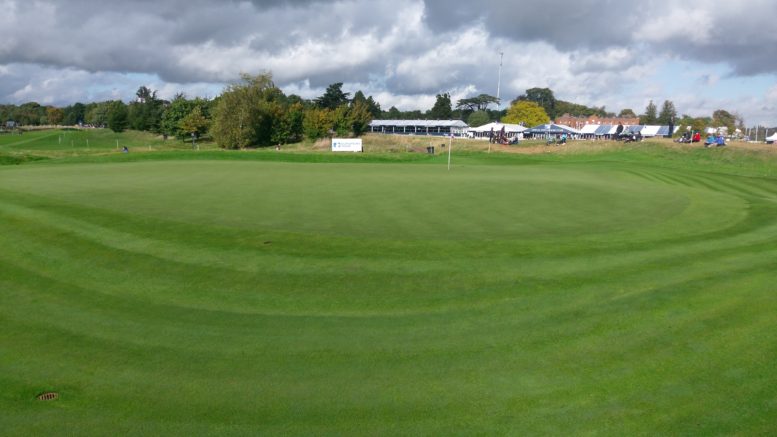 It is Moving Day at the US Open on Saturday when those who have made the cut taking to the course for the third round, each with the aim of positioning themselves in with a chance of taking the title on Sunday.

We have a very strong leaderboard with a number of big names either at the top or stalking those who are currently there, which means we should be in for a wonderful Saturday at a US Open which has certainly delivered thus far.

Two players share the lead heading into the weekend with The Open champion Collin Morikawa and Joel Dahmen teeing off on Saturday on five under par. They are a shot ahead of a number of players on four under which includes the defending champion Jon Rahm as well as the winner in Canada last week in Rory McIlroy. World number one Scottie Scheffler is one of a quintet of players on three under with two of our outright bets Sam Burns and Matthew Fitzpatrick three off the lead on two under.

We didn’t post a second round preview and it was an annoying opening round for us too with Scottie Scheffler not really at the races in terms of the first round leader market. It got even more annoying in the three ball bet we posted which had Corey Conners leading by two on the final tee only for him to bogey the hole and Luke List make birdie to take what looked like a comfortable enough winner and turn it into a dead heat.

There is a third round leader market to get stuck into and for once I’m going to have a little visit into this one because there was a clear discrepancy between those who had the early-late tee times over the first two rounds and those who were out late-early. Those who had the early-late tee times got much the better of the draw and there is a number of players who were part of that wave high up on the leaderboard as a result. I just wonder if those who had it tougher will be better served here.

There are players who were out in the other wave who scored better than Scottie Scheffler but not many of them and the world number one should be feeling good about his chances over this weekend. I say that not just because he is nicely placed but also because he was two over par and going nowhere after a few holes of the second round before roaring home to be -3 for his opening 36 holes. The bigger names in front of him, notably Collin Morikawa, Rory McIlroy and Jon Rahm were all out in the easier conditions so if things get a bit tough here Scheffler might be best suited at a decent price.

Those who made the cut will go out in two balls on Saturday with the final pairing being formed by Collin Morikawa and Joel Dahmen, who should be a clinic of ball striking if both are at their best. They go onto the course at 20.45 BST with the penultimate pairing of Jon Rahm and Hayden Buckley out 11 minutes prior to that at 20.34 BST. The coverage is pretty extensive on Saturday so the early stages of the TV action will see the likes of Justin Rose and Dustin Johnson out together at 17.39 BST while Justin Thomas and Seamus Power go out at 17.55 BST. I’ll take one from the two balls over the course of the evening.

One of the later groups out onto the golf course is the one which features two American players as Brian Harman goes out alongside Patrick Rodgers with both men looking to launch their title campaign from two off the pace.

The experience of these two is chalk and cheese. Harman has been at this stage of majors before and has the right skillset for this test whereas Rodgers hasn’t really been out this late at the weekend of a major in the past and although he also has the skills to handle a track which is likely to play trickier, Harman is just that bit better at everything, especially around the greens. These two men both had the nice early-late draw and have taken advantage of it but Harman just strikes the ball that little bit purer and on a day where I think that is going to be crucial I think he’s the likely winner of this two ball.