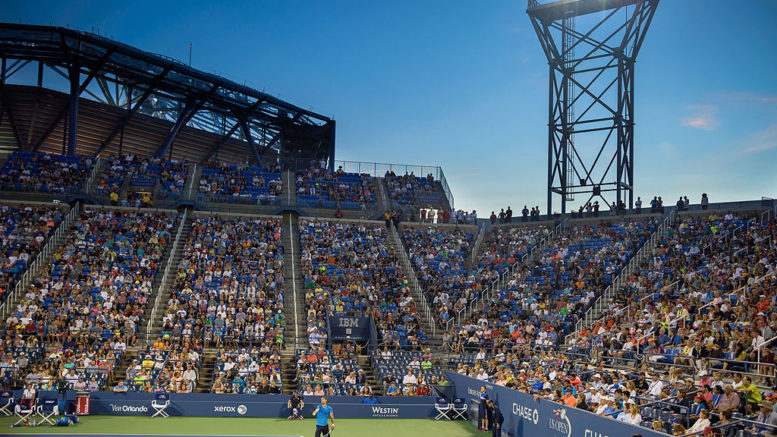 A wonderfully compelling but at the same time quite bonkers women’s US Open comes to a close on Saturday evening in what must be the most unlikely final there could ever have been as Emma Raducanu takes on Leylah Fernandez to conclude a tournament to remember.

There has been shocks galore as there always is in the women’s draw and we are left with two exceptionally talented and extremely fun to watch teenagers battling it out for their first, and surely not their last, Grand Slam crown.

The exploits of Emma Raducanu over the last three weeks have been movie like, only if you offered the script to someone to direct they would probably refuse on the grounds of it was totally unrealistic. From being outside the top 350 in the world heading into Wimbledon, the 18-year-old Briton is a match away from winning the US Open. Furthermore, it is still possible she wins this tournament without dropping a set which for someone still ranked 150 in the world when she hit her first ball in this event is quite incredible.

Raducanu has been a breath of fresh air in the tournament and the fact she had to qualify for it only further astounds those who have watched her. On the few occasions she has been behind in the tournament she has held herself together with a real assurance and then when she has found her stride she has gobbled up bunches of games at alarming rates. The only question she has left to answer is can she get over the line in a match with the profile of this but that struggle at Wimbledon two months ago looks like a thing of the past.

If it were not for her opponent in this final then Leylah Fernandez could herself be the story of an award winning film. She has also been absolutely magnificent. She is fun but she is feisty as well and I like that about a player. She has the good balance between excellent defence and wonderful offense and the run she has had to make it into this final is scarcely believable. Nobody can question that the Canadian doesn’t deserve her place in this final.

Fernandez has knocked off three top five seeds in Naomi Osaka, Elina Svitolina and Aryna Sabalenka, as well as the former champion Angelique Kerber and has done it in a deciding set in each so she is battle-hardened. Not only has she been toughened up by her route through to this final but in each match her best tennis has come out in the crunch moments of the third set so you sense there aren’t as many question marks about her performing should this final get tight.

These two teenagers have never met in the professional ranks but they did meet in the early stages of the juniors at Wimbledon back in 2018. Raducanu came through that match in straight sets 6-4 6-2 but this is a whole different ball game both in terms of the court and the magnitude of the occasion so whether we can draw anything from that match remains to be seen. It is probably something Raducanu can hold onto regardless of its meaning.

What a wonderful final we are in for here. These two young women have been a joy to watch in this tournament so far and you sense nothing will change in this match. The loser shouldn’t be belittled. Not only have they achieved something very special this fortnight, or three weeks in the case of Emma Raducanu, but they will come again for sure. We’ll see a lot more of both these ladies. At the odds though I have to plump for Leylah Fernandez in this final.

Raducanu has been amazing but you can pick holes in her early opponents if you have to and there are legitimate claims that neither Belinda Bencic or Maria Sakkari took their best game onto court with them. You can’t throw those criticisms at Fernandez. She took on four top opponents all in supreme form and knocked them all over. She has the defensive skills to keep Raducanu playing that extra ball and she can turn that defence into attack quickly. She’s also slightly more experienced having been on the tour for a while and I think that plays enough into the hands of the Canadian that suggests she is overpriced at 6/4 regardless of the potential of Raducanu, which for once isn’t being overplayed. Leylah for me.

Back L.Fernandez to beat E.Raducanu for a 3/10 stake at 2.50 with BetVictor