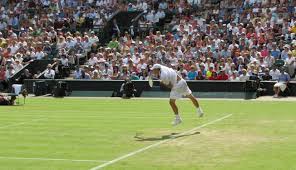 As always on the second Friday of the Wimbledon tournament it is the turn of the men to play their semi-final matches and after the dominance of the big three in the event thus far we will be treated to another of the sport’s ‘El Clasico’ showdowns.

The clash between Roger Federer and Rafael Nadal is the main course of the afternoon but before then we will see Novak Djokovic looking to continue his title defence against Roberto Bautista Agut in an interesting contest.

It was a pretty low key day in the women’s semi-finals on Thursday with the victors losing just seven games between them and weren’t really given any test whatsoever. Simona Halep was the first woman to book her place in the final on Saturday when she took Elina Svitolina to the cleaners and then as many expected Barbora Strycova offered up no challenge at all to Serena Williams in the second semi.

Both those outcomes were good for us however as it means that we won both our bets on Thursday with Svitolina getting nowhere near 3.5 games of Halep while Strycova was equally as far away as her with regards to Serena not covering 4.5 against the Czech. That sets us up nicely for a big day on Friday. 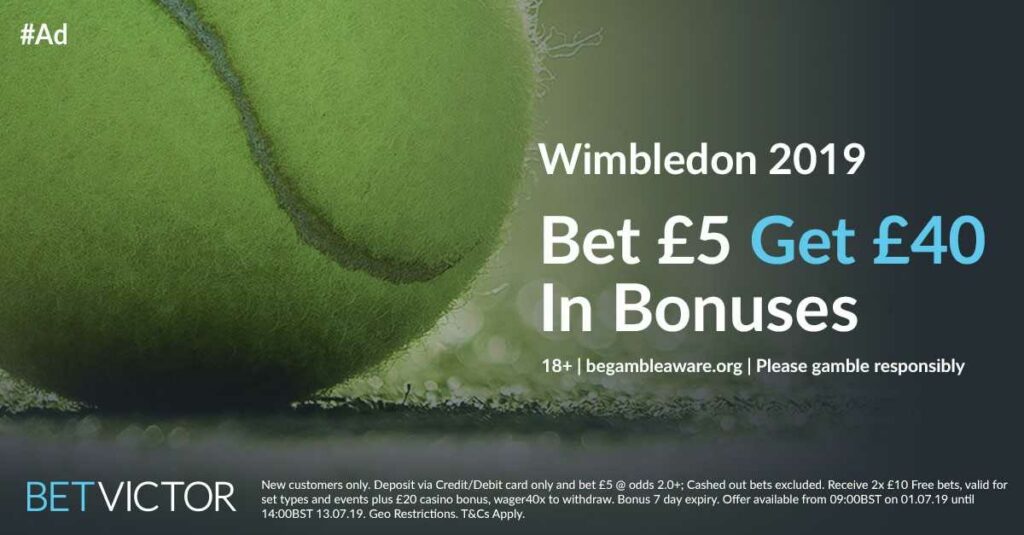 The opening semi-final of the biggest tournament in the game sees the current best player in the sport Novak Djokovic looking to make it back to a second successive Wimbledon final when he faces Roberto Bautista Agut who is in his first Grand Slam semi-final.

Although it is Djokovic who has had the better of the overall meetings between these two, it is Bautista Agut who has won both their matches this year and that has to give the Spaniard confidence when going into this match. They both went to a deciding set so we would be wise to expect a relatively lengthy game here, assuming RBA doesn’t buckle in the occasion.

Given that Bautista Agut has won a set in five of his last six meetings with Djokovic and in all three of their Grand Slam meetings, I’ve got to think the heavy odds against on him winning a set here is a little too big. The Spaniard has only dropped one set this week, the same as Djokovic and given that Goffin was all over Djokovic at 4-3 with a break in the first set on Wednesday before crumbling, there is a lot to suggest RBA can take this to a fourth at the very least. 5/4 on Bautista Agut to nail a set will do me.

Bet on Wimbledon 2019 with Boylesports and get double winnings if your player loses the first set and wins the match! All customers! Click the image above to bet. 18+ T&Cs apply. Gamble Aware.

The main event of the third to last day of the Championships is the 40th battle between Rafael Nadal and Roger Federer, the second time they have played each other in a Grand Slam semi-final this year after meeting at the same stage in Paris last month.

Nadal won that meeting in Paris but prior to that Federer had won their last five battles, the latest three in straight sets and while Roland Garros was Nadal’s manor this is Federer’s patch so it will be interesting to see if Nadal has what is necessary to overcome Federer in this, the highest of high profile matches. This is their first meeting on grass since that epic final here in 2008 which Nadal won in five amazing sets. They have never played a straight sets match here.

The game line for this one is 39.5 games which looks a touch on the low side to me. Based on history between the two in this tournament and the way they have both performed this year, I’ve got to think that we’re going to get at least four sets, if not all five – Nadal went five excellent sets with Novak Djokovic in the semi-final here last year – and so if one of those four sets is an extended one into a tiebreak the over would just about be in. I don’t see either winning in straight sets so I’ll play the over here.