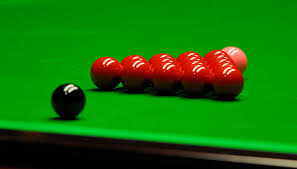 The end is in sight in the snooker marathon that is the World Championship but before it finishes two men will play four sessions over two days in the final of the tournament with the trophy on the line and the huge first prize.

It is all set to be a classic final as Ding Junhui bids to become Asia’s first ever world champion when he takes on the world number one Mark Selby who is desperate to regain the title he won two years ago.

Ding has been a breath of fresh air throughout this tournament. He qualified in fine style and then saw off Martin Gould in a tight and tense first round match. He had to battle hard against Judd Trump in the second round before he exposed Mark Williams and tore him apart in the quarter final.

That was good enough but the snooker he produced in a scintillating semi-final win over Alan McManus was something else. Ding smashed in seven centuries in a 17-11 in one of the best performances you will ever see. A repeat of that performance will be tough but if he can find it he is a major player here.

If Ding has impressed and caught the eye with his scoring power Mark Selby quite simply hasn’t. He has really struggled at times in this tournament and there have been occasions, notably against Kyren Wilson and Marco Fu when he has come out of sessions with a positive outcome and that has defied belief.

Nothing has come easy for Selby in this tournament. Robert Milkins laid out a huge challenge in the opening round while Sam Baird go to within two frames of him in the second round. A tough quarter final against Wilson followed before an epic battle with Fu in the last four. Selby is battle hardened but is has he battled too much? Time will tell.

We’re all set for an absolutely cracking final and so we should be because this has been one of the best World Championships ever. My initial thought was to take the overs in frames but bookmakers are all over that and there is no value before the off.

With that in mind I’m going to go out on a limb and pin my colours to a mast here and at the prices I’m on the side of Mark Selby. Selby is granite. There is no way he is going to be broken down. People say that he grinds out wins but when the challenge is laid down to score he is more than capable of that too.

I just have this feeling that Ding has peaked a game too soon. We’ve seen a lot of that in major tournaments this season. Barry Hawkins had his finest moment in the semi-final of The Masters and the same with Liang in the UK Championship. You could also argue the same things applied to Ricky Walden in the last two major finals.

I think Ding is playing well enough to stay relatively close here but the lack of a genuine battle could be a concern should this one go tight. There are no real concerns about Selby. He has all the experience of this occasion and he’s due a real big performance. He doesn’t care how he wins he just wants to win and win I think he will.

Given the trend of this tournament so far I can’t ignore the centuries in this match either. I’m surprised we’re getting a 4.5 line in this final because both men are heavy scorers. They both have over 400 centuries in their careers and I’m expecting this final to be open much like the Ding vs McManus match was purely because Ding can’t win this final if it gets tactical. The tournament has been laced with centuries so far and we can get five at least in the final. It is only an average of one per session with an extra one on top.

Finally I’ll have a dabble on the correct score. I think Selby will win the match and I expect it to be tight so there is plenty of mileage in taking a couple of deep correct scores given the prices. At 16/1 the 18-15 and 18-16 scores look good to me.

There will be enough one visit frames for Ding to win and enough scrappy ones for Selby to feed on and then Selby will score at times too and that can equate to a tight win for the world number one.