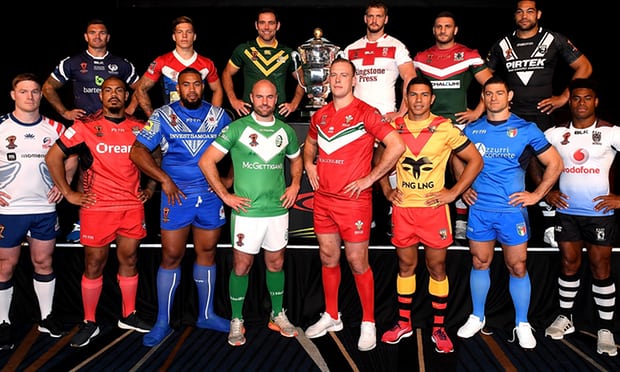 The second round of matches in the Rugby League World Cup begins on Friday when the Australians are back in action. The tournament hosts will take on France in Group A knowing that a win secures their progress into the quarter finals.

France lost their opening match of the competition last weekend and have to win one of their last two to have a chance of making the knockout stages. They will be out to show that they are better than last week.

Generally in World Cup’s Australia sides have the intention of improving as they go along with the aim of being at their peak when they do battle in the final so from that point of view it was a decent first run out against England. It would be more of a concern had they been fantastic and had nothing to improve on for five weeks.

The French side went into this competition with expectations low and few expecting them to do better than just qualifying for the quarter finals and the defeat to Lebanon last week confirmed that was a fair stance. That defeat has made qualifying extremely difficult with their final group matches being against Australia and England.

My own view going into the tournament was that France have regressed since the previous World Cup and although they gave a fair account of themselves for the most part against Lebanon the way they collapsed late on will have been a concern. If they needed the run out they should at least be able to do the full 80 minutes here.

Australia have made a number of changes to their side for this match. Some have been enforced and others are rotating players for the matches to come. Jake Trbojevic has been ruled out of the tournament. Josh McGuire will replace him while James Maloney comes in for Cooper Cronk. Wade Graham and Tyson Frizell also come into the side.

France have also made some changes as you would expect after a defeat of that kind. Olivier Arnaud, Remy Marginet and Maxime Herold all come into the side.

Australia are being asked to cover a pretty huge looking start here at 56pts. I think they will win the game and I expect them to win it quite comfortably but it might still be too early in the tournament for their combinations to work and for them to go all out to run up a massive score.

I would imagine France will be hurting from the loss last week and while they can’t do anything about that both from that game’s point of view and the damage it has done to their chances of qualifying they can at least put in a better effort in this match. If they play the full 80 minutes and keep mistakes to a minimum they should stay within 56 of the Aussies who have admitted they aim to peak later in the event.