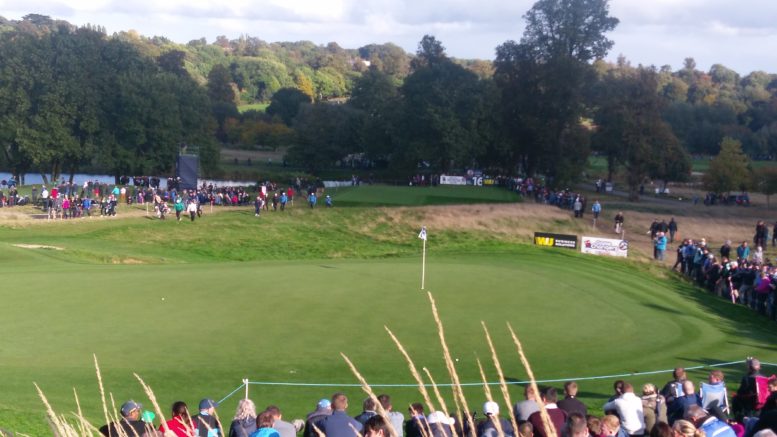 The PGA Tour moves on from The Masters this week when it heads to Hilton Head Island in South Carolina for the RBC Heritage, the tournament which was the second one after lockdown last year and which gets a pretty decent slot in the calendar this term.

Webb Simpson flew home over the last nine holes last season to snatch the title and he has committed to defend it against a field that looks every bit as good as the one he defeated less than a year ago.

It is Harbour Town Golf Links which stages the tournament again this year. The course is a par 71 which only stretches 7,121 yards so it is certainly not a long track by modern standards. After being in the US Open slot last year, the tournament is back in its post-Masters home and will welcome some of the best players in the world to a course which can play very tough when the wind is up, which can be quite regular with this course not too far from the coast.

There is no secret that accuracy is the key here although not necessarily off the tee where the landing zones for those who don’t get greedy are wide and generous. It is into the small greens where the fun and games come along so pure ball strikers and excellent iron players should work their way to the top of the staking plan. We should also remember that this is quite an exposed layout so players who can handle a bit of wind should be kept to the forefront of our minds. Bombers aren’t necessarily needed here although there is rain about so the course might become soft. 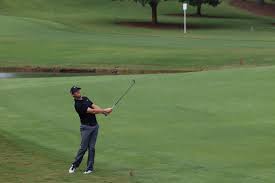 The field this week is very good, much like it was last year. It is headed by the world number one Dustin Johnson who largely arrives here on a sponsor mission but also to try and find his best form heading into the USPGA Championship next month. The defending champion Webb Simpson is also in the field looking to defend this title successfully. Current major champions Collin Morikawa and Shane Lowry also tee it up this week.

There is a really good support cast to those already named with Patrick Cantlay and Daniel Berger leading that. The European charge is headed up by the English pairing of Matt Fitzpatrick and Tyrrell Hatton while the International chase for the title will come through the likes of Abraham Ancer, Cameron Smith, Sungjae Im and Corey Conners. Sergio Garcia, Harris English, Billy Horschel and Branden Grace are just some of the tournament winners this season who are teeing it up in search of another title here.

World number one Dustin Johnson is a 12/1 favourite to win the tournament this week. There are three clear concerns for those looking to back him here. The first would be that he may only be here to fulfil a sponsor obligation rather than any huge motivation to win. The second would be that he has played this tournament five times and never made the top 10 and perhaps the most important issue is the fact that he looks bang out of form. He isn’t driving the ball well and the rest of his game isn’t strong enough to make up for it. He isn’t the world number one for nothing so he can win at any time but those concerns mean he isn’t for me.

Webb Simpson is the defending champion and a 14/1 shot to defend that title successfully. Regular readers will know that I don’t back defending champions as too much of their time ahead of the event is taken away from preparing properly for it, which is why we rarely see back to back winners of the same event. If I was to put that aside though he has the perfect profile for this course with him being one of the best iron players in the game and much improved with the putter. He’s still a little short even if I was to consider him.

Patrick Cantlay is an 18/1 shot to land the crown this week. You’ll immediately have to put a terrible The Masters behind him if you are going to back him. That is possible to do but the one thing which isn’t possible to get away from is the fact that his putter is among the most hot or cold short sticks in the world of golf. He does however have three top seven finishes in three attempts in this tournament so it might be that these greens suit him better than most. Even then he’s a tight price given the risk you’d be taking.

USPGA champion Collin Morikawa is the only other player in the field who is 20/1 or shorter. He comes in at that price and any course where iron play is such a standout feature he has to be considered. The thing that might let him down over others though is the putter which can blow very cold a little too often and as a result of that he was a complete no show here last year, albeit he had won the previous week to give him an excuse. I like Morikawa a lot but we need to see some putting form from him once again.

It is probably the worst kept secret in golf that Daniel Berger loves Bermuda greens and that is exactly what he gets here and I think he’s a leading bet this week. He has already won this term having taken down the tournament at Pebble Beach where his long game was spot on and he was in the top 10 at The Players Championship as well, again his long game was fantastic. He won those tournaments without standing out statistically with the putter but generally when you get him on these kind of greens his flat stick really warms up. He was third here last year which was a better effort than it looked when you consider he ballsed up a play-off the week before. He comes here off the back of a missed cut at Augusta and while that will have annoyed him, this looks like an ideal chance to make up for it.

I thought I had this tournament won with Tyrrell Hatton last season but Webb Simpson swiped him down the back nine on Sunday. Unfortunately since then his stock has risen a lot more and he’s only half the price this week but the confidence he will have taken out of his final round on Sunday where he shot his lowest score at The Masters is enough to lead me into backing him again this week. I backed him last year because he has the ideal profile for this course. He’s one of the best iron players in the game and he’s one of the better putters too. It is only a couple of months ago that Hatton won in Abu Dhabi and while he hasn’t lit up his time in America this season he has three top 25s in four strokeplay events. I’ll play the Englishman again here.

Chris Kirk has been on my radar a few times this season and he is back on it again here too. Over the last couple of months Kirk sits tenth in the strokes gained approach statistic which in layman terms means that he is giving himself a lot of looks for birdie chances. We know from history that he is one of the better putters in the game and I sense it is only a matter of time before he wins again. He has been there after 54 holes in a couple of tournaments and faded away now but once the Sunday comfort returns he’ll take some stopping. Kirk has three top 10s in 2021 and while his record here isn’t the greatest, it certainly isn’t a disaster at the same time. His approach play is going to beat many in the field so I’ll pay to see if he can finish the job off this time.

There was a lot to take out of The Masters last week and one of the things to do so was the buoyance of Stewart Cink who claimed his game is in shape to win majors again. To be fair to him, as someone who isn’t one of the longest hitters in the game his top 20 at Augusta represented a very good effort and when you think he has twice won around this course, albeit pushing a couple of decades ago now, and he has already won this season, it would be foolish to ignore his claims. Cink sits second in greens in regulation on tour in the last couple of months and when you factor in that such a spell includes tough greens to hit and tough courses such as Riviera, TPC Sawgrass, PGA National and Augusta he’s going pretty well. He looks a huge price here.

Generally players who win this tournament go very well with the putter and rare highly in the strokes gained putting statistic for the week. Patton Kizzire being one of the better putters on the PGA Tour is therefore very interesting. What makes him even more interesting is his top 10 finish last time out in Texas. It isn’t just the putter which has served him well recently. He’s actually been good at hitting greens. In his last 10 events he has made nine cuts and his GIR rank in those events read: 15-61-13-18-15-56-28-31-22-3. If someone is hitting that level of greens and putts as well as he does then he’s likely to contend sooner or later. Kizzire has three top 10s in that stretch and was T11 in another. He might be the forgotten man here.