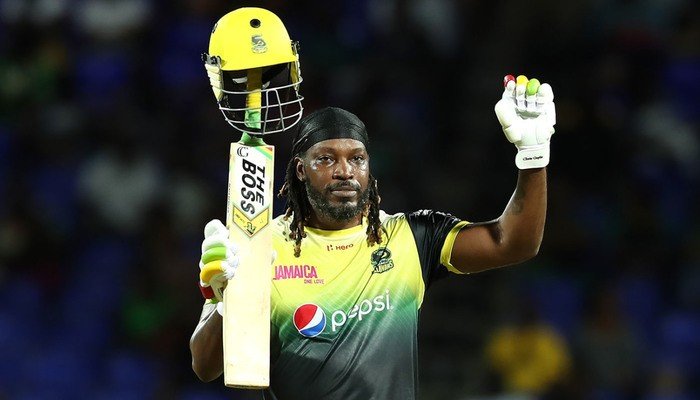 Two sides who are battling it out for a place in the top four of the Caribbean Premier League table meet in the middle match of the CPL 2021 triple header on Saturday when the Guyana Amazon Warriors take on the Jamaica Tallawahs.

Both these sides are locked on eight points from their eight matches to date. The Tallawahs sit in third heading into the day courtesy of their net run rate while the Amazon Warriors sit in fifth because of their negative run rate so losing here just isn’t an option.

We are used to the Guyana Amazon Warriors having their qualification for the knockout stages sewn up by now. That is largely because they are so strong in their home conditions and of course there is no home match for them this season, which might be a reason for their struggles. It isn’t like they have been terrible or anything. If they win their last two matches, not only will they definitely be in the play-offs but they might yet finish top of the table.

If that is going to happen then they are going to need to find some consistency to their play. The fact that their matches this weekend are in the middle game of the three might help them because it means they will have a slightly used pitch to play on, which should keep their spinners more than interested. If they are strong and keep things tight it will really help their batsmen. They need to hope that Mohammad Hafeez’s injury wasn’t too disastrous.

In what has been an inconsistent season for the Jamaica Tallawahs they will be glad for the Saint Lucia Kings being in the competition. Not only have they taken four much needed points off of them, they have scored well over 200 in both matches and electrified their net run rate so that it is almost worth another point with so few games remaining to damage it significantly. Their form against the rest of the teams has left a little to be desired but one win from their last two should be enough to see them into the semi-finals.

No side wants to take it down to the last game so the Tallawahs will be eager to get the job done here and now. They are probably another side who are assisted by the schedule for the matches this weekend as there may well be just enough freshness in the wicket for their power players to be able to flourish. They have enough options with the ball to be a force too, especially if they happen to bowl second to bring their spinners into play.

I keep on saying it but we are still waiting for that breakout innings from Nicholas Pooran this season. If it comes here he’ll certainly meet power with power with regards to the batting. He needs his captaincy to be spot on too.

The figures with the bat and the ball of Imad Wasim in this tournament have been excellent. This is his final match of the tournament though as he is off on international duty after this one. It would be a surprise if he doesn’t go out with a bang.

I do think the emergence of Imad Wasim in this tournament has had a massive effect on the Jamaica Tallawahs and as such I’d make them marginal favourites to get the job done here. The injury to Mohammad Hafeez didn’t look like one which would see him back for this match so that would leave an enormous hole in the Guyana Amazon Warriors outfit with the bat and the ball and were he not to play Jamaica would go from narrow favourites to much stronger ones.

Jamaica had that mess of a batting display against the Trinbago Knight Riders three matches ago but I just think they are a terrible matchup for the Tallawahs and the pitch that afternoon never suited them one bit. I would imagine this one will be much better for them. The one thing the Saint Lucia Kings did last time out was get a number of the Jamaica batsmen back into form and it could well be the Amazon Warriors who pay the price for that.

Back Jamaica Tallawahs to beat Guyana Amazon Warriors for a 3/10 stake at 1.91 with BetVictor