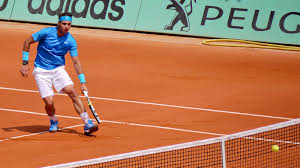 The majority of the first round of the French Open is in the books and the second round of the tournament at Roland Garros will begin on Wednesday which means we have a number of stars looking to progress to the last 32.

The first round was very competitive this year and this second round is expected to follow in very much the same vein with some really tasty matches to look forward to.

It was another up and down day for us in the betting front on Tuesday as Sorana Cirstea easily did the business for us but despite winning a set Andrey Kuznetsov couldn’t stay close enough to Andy Murray. It was another profitable day but only a small one. 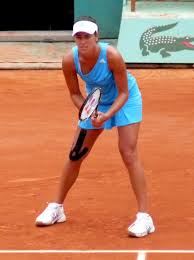 Tuesday was a day where the majority of the favourites got through in the men’s draw with just Jo-Wilfried Tsonga being put through the ringer. He will resume his match with Renzo Olivo 2-1 down and 5-4 down. Alexander Zverev was the sole casualty when he fell to Fernando Verdasco. It was a different story in the women’s draw where we lost the British number one o Konta. The likes of Stan Wawrinka, Simona Halep and Elina Svitolina all breezed through.

Venus Williams has the honour of leading off on the main court on Wednesday. She will be looking to come past Kurumi Nara of Japan before Jo-Wilfried Tsonga and Renzo Olivo finish off their battle. The match of the day follows them as Garbine Muguruza continues her title defence against Anett Kontaveit.

Rafael Nadal is back on Chatrier in the third match of the afternoon when he faces the Dutch player Robin Haase before Lucas Pouille gets the chance to thrill the French crowds when he faces Thomaz Bellucci.

Dominic Thiem will open the show on this court on Wednesday when he faces the Italian player Simone Bolelli before Novak Djokovic continues his title defence. He faces Joao Sousa for a place in the third round.

France’s female hope Kiki Mladenovic takes on the former finalist Sara Errani in the third game of the day before the action concludes with Dominika Cibulkova playing Tunisia’s Ons Jabeur.

Petra Kvitova continues her return to top level tennis when she takes on Bethanie Mattek-Sands before Grigor Dimitrov goes up against Tommy Robredo. Milos Raonic then continues his quest for the title with a match against Rogerio Dutra Silva before Svetlana Kuznetsova faces Oceane Dodin in the final match on the court.

David Goffin meets Sergiy Stakhovsky in the first match up on Court 2 before our outright pick Kiki Bertens faces Catherine Bellis. Caroline Wozniacki will be third on this course when she meets the Canadian player Francoise Abanda with Albert Ramos-Vinolas ending up proceedings when he plays Benjamin Bonzi of France.

There are some big players on the outside courts once again on Wednesday with Sam Stosur, Ivo Karlovic, Pablo Carreno Busta, Yulia Putintseva and Roberto Bautista Agut all seeded players in singles action around the grounds mixed in with the various doubles matches.

There are plenty of bets I like across the singles draws on Wednesday as I hope for the big profit day we’ve threatened all week so far. In the men’s draw I’m taking three bets with two in the women’s action too.

Out on Court 1 I think we could get a lengthy match between Tommy Robredo and Grigor Dimitrov. Robredo holds a 3-1 head to head lead on Dimitrov including a meeting on clay earlier this year which the Spaniard won 6-1 in the third set. Their last three meetings have gone the distance and I can see at least four sets in this one. 11/10 on more than 3.5 sets looks good to me. 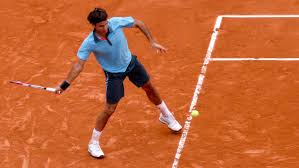 Aljaz Bedene takes on Jiri Vesely in one of the later matches on Court 3 and I like the British player in that. He has had an excellent clay court season with a pair of Challenger wins and a run to the final in Hungary with some creditable wins along the way. Vesely did well to see off Jack Sock in the first round but he hasn’t won many matches on the clay this year. His serve gets neutralised on this surface which should assist the Brit come Slovenian to win this.

In the final match on Chatrier I fancy Thomaz Bellucci and Lucas Pouille could play a longer match than expected. Both men had to spend longer on court in the first round than they would have liked and I would be surprised if this is won in straight sets. Bellucci has nothing to lose here while Pouille has the crowd pressure to handle. I fancy more than 36.5 games in this one.

Moving across to the women and in the big match of the day between Garbine Muguruza and Anett Kontaveit I fancy a lengthy encounter. The two met in Stuttgart recently which the Estonian won in a third set and I fancy this one will go the distance too. With a 21.5 game line though we can get a cover with one tight set. The middle set of their three in Stuttgart went the distance so I fancy the overs here.

Earlier in the day Yulia Putintseva takes on Johanna Larsson and I like the Kazakh star in that match. I thought she hit the ball really well in her first round win and she impressed me more than Larsson. Putintseva could well be in a position for a deep run in this tournament and if she is to enjoy that she needs to win here. At a shade under evens I think she’s worth backing to do just that.