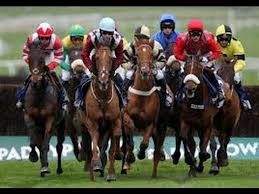 We are entering the real meat of the flat racing season and although this is meant to be a summer sport and the weather is anything like summer fayre, the racing goes on unscathed with some real good cards on Saturday.

The highlight of the cards on Saturday is the Coral Eclipse at Sandown and the Old Newton Cup at Haydock and it is the latter in which we have picked out a couple of bets in what looks like a decent renewal at Haydock Park.

This promises to be one of the best middle distance handicaps of the entire season with a maximum field of 17 declared for the Old Newton Cup over a trip of a mile and a half.  The market is an indicator to its competitiveness with bookies going 7/1 the field, the current favourite being the Crisford’s Aaddeey.  He’s got very few miles on the clock having had only the 6 career starts & won in fine style in a Class 4 handicap 2 starts ago at Newmarket.  He was put up 13lbs for such a facile win but still performed with credit when 5th off this mark in the Duke of Edinburgh at Royal Ascot.  He will have to improve again to land the prize here.

Grand Bazaar is very well fancied for the Gosden’s having finished a short neck 3rd to one of today’s rivals Zabeel Champion last time out.  He has a 3lb swing in the weight so, in theory, should reverse the form but a couple of negatives are whether he can repel the challengers from the front in a much bigger field & the fact that Havlin replaces Dettori in the saddle.  Valyrian Steel has won his last 2 & looks to have more in the locker but there have to be question marks switching surfaces from the all weather whilst Longsider, from the Sir Mark Prescott yard, has that same surface change to overcome.  He is, however, a tough one to weigh up as his shrewd connections are pitching into his first ever handicap on just his 4th career start.  He really could be anything.

With 6 places on offer, I am going double handed in this.  The first of those is the well fancied Dark Jedi who had a cracking season last term & promises to be an even better 5 year old.  Having needed his first start of the year, he won his next 2 before rounding off his season with a hat-trick of 2nd placed finishes.  Amongst those defeats, he was 4th behind Sinjaari in the John Smith’s Cup, 4th behind Group 1 winner Audarya & 2nd here in the Old Borough Cup behind now 111-rated Euchen Glen.  That run at this track behind Euchen Glen adds weight to his claims as he clearly acts on the track & actually hit the front at the distance but the extra 2 furlongs of that race just worked against him.  His best form has come with a bit of juice in the ground so the rain has come at exactly the right time for him & he’s had a pipeopener this term which should have put him spot on for this.

The other one I cannot leave out is Brilliant Light who has plenty to prove but there’s enough in the book to suggest he’s capable.  It’s the yard’s only runner at the track today & a brilliant 3lb apprentice takes the ride; it’s his only ride of the day, a jockey on the up who is operating at around 25% win rate in the last 2 weeks.  Making his debut last summer as a 3 year old, he won 2 of his 4 starts & showed some form on ground with a bit of cut.  He was then sent to winter in Dubai & ran in some top races finishing 4-3-3-4, the first 2 in handicaps & the latter 2 at Group level.  He was behind some very useful types there &, after a 3 month break, came back to run in the Copper Horse at Royal Ascot.  He went off well fancied at 10/1 but finished last of 16 having raced very wide, hanging left.  The return to a left handed track will surely suit.  In addition, he hated the first time visor which is now discarded & the ground was much too quick.  With conditions more in his favour, I quite fancy him to cause an upset.