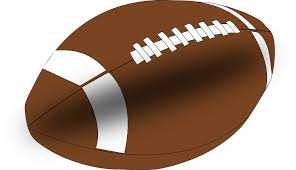 The second part of the double header in the NFL 2022 Playoffs on Saturday night sends us to the NFC where the number one seeds Philadelphia Eagles play host to their NFC East rivals New York Giants for a spot in the Championship game next week.

The Eagles were the best team in football in the regular season but none of that counts for anything now and they will need to knock off a team who have already been on the road to Minnesota and got a result in these playoffs.

The Philadelphia Eagles were brilliant for the first dozen or so weeks of the season but I think it is fair to say they laboured their way home. Sometimes teams come home slowly because the job is done or the pressure of maintaining winning momentum gets to them but that wasn’t the case with the Eagles. Their issues were down to an injury to their quarterback Jalen Hurts. It has to be said he didn’t look fantastic upon his return two weeks ago but he did enough to get the job done against this very opponent.

The Eagles are probably the favourites going into this match because they have everything you need to succeed at this stage of a season. They run the ball with power and relentlessly and they have a defence which has played hard all season. When they need the big plays they have a quarterback that can provide them either with his legs or through the air. Philadelphia feel like they are going to be tough to beat if they can bring that same intensity from the start after a week off.

I always think that wildcards who make it to this stage have little to lose and that is the case with the New York Giants apart from they haven’t been in the playoffs for a while and won’t want their run to end this quickly. They have had a really good season, so much so that I don’t think too many people were surprised when they took care of the Minnesota Vikings away from home last week. They now face a foe they will be familiar with.

The Giants are another team who are kitted out to go well in the playoffs. They have an elite running back who can ground it and pound it all night and they have a defence which can contain opposing offenses, especially against the pass, particularly if they get to the quarterback. The task then is for Daniel Jones to play a clean game and to do some of the work with his own legs to keep the chains moving. It worked perfectly in Minnesota and needs to go well here too.

I’m very surprised to see a 49 point line at an acceptable price in this match. We all know how these two are going to approach this. There is going to be a lot of running the football on offense and playing very tough on defence which is going to shorten up the game with the clock rarely stopping. This is a divisional game in the playoffs so it might be a harder, more physical game than normal whenever these meet which is saying something.

These two teams met in the final match of the regular season when a largely second string New York Giants side kept the Philadelphia Eagles, who were playing for the number one seeding that week, to just 22 points. The form of Daniel Jones and Saquon Barkley means that the Giants are able to sustain lengthy drives now and with both teams having good defences this just doesn’t feel like a match which is going to take off points wise. I’ll play the under.