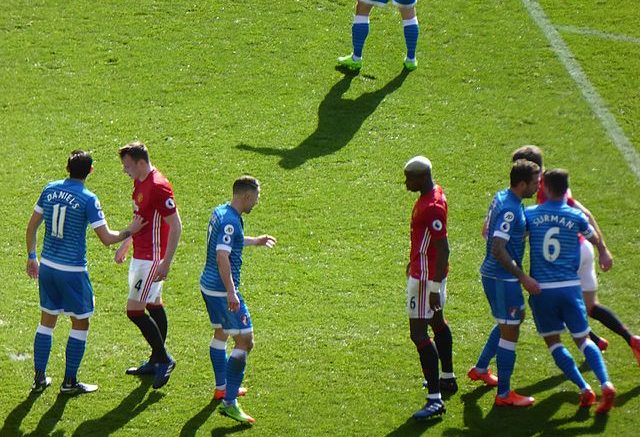 The opening Saturday of the Premier League season sees six matches taking place up and down the country where 12 teams will get what they all hope will be a promising campaign started on an anticipated day of action.

As with any Premier League Saturday there are two matches live on the TV for us to enjoy while the other four all come with the various updates in the usual places for those who are not going to any of the matches.

The action gets underway at the home of the Championship champions from last season as Fulham welcome the Premier League runners up Liverpool to Craven Cottage for what should be an entertaining way to begin the day. Fulham will be looking to show that they have what it takes to survive at this level while Liverpool will want to utilise their earliest chance to lay down a marker for the title.

The other two promoted teams get their return to the Premier League underway in the 3pm matches on Saturday, of which there are four. One of those is AFC Bournemouth who have a home game to begin the season with. They welcome Aston Villa to the Vitality Stadium. Nottingham Forest were the last team to seal their spot in the division this season and their reward upon their return is a trip to St James’ Park to take on a Newcastle United for whom this is an important campaign given the finances they are being backed with.

Two other matches take place in the traditional slot with one of those coming from Elland Road where Leeds United will look to show they have built and improved from last season when they host a Wolverhampton Wanderers side who have a few concerns around then heading into the new season. The other match sees Tottenham Hotspur playing host to Southampton and a clash where we get to see just how strong Antonio Conte’s men will be this season.

There is one late game on Saturday and that comes from Goodison Park where there could be an air of caution in the air given the injuries and absences Everton have to deal with when they head into their season opener. That comes against Frank Lampard’s former club Chelsea so he will be eager to get a result from this game. Chelsea haven’t had the best transfer window but they have a chance to showcase their credentials in this match.

There is one bet that I like the look of over the course of the matches on Saturday and that comes in the form of the one between Tottenham Hotspur and Southampton. Spurs are widely expected to win the match and I think that is fair but they were heavy favourites for this fixture last season and came unstuck. Southampton haven’t had too bad a pre-season in terms of performance so I wouldn’t be surprised if the Saints are quietly looking forward to this one with nothing to lose.

It has been evident that Antonio Conte has wanted to bolster his attacking options during the summer and he has done that. This was a Spurs side who were free scoring at home last season anyway and so if they have even more goals in them you have to fear a little for a Southampton side who look weaker defensively. There are goals in Southampton as well though so I fancy this to be a game which covers a goal line of 3.