There are three more matches in the Premier League on Wednesday night with the top and the bottom of the table in the spotlight on what has all the hallmarks of being a pivotal night in the division.

There is one match on TV in the UK which is the one at Selhurst Park with the other two matches not live but which will have highlights available once they have finished. We’ll begin our preview with the TV match.

After seeing Chelsea move seven points clear on Tuesday night Tottenham’s chance of closing the gap to four points comes from a London derby against Crystal Palace, a side who still need a few points themselves to be safe.

Tottenham head into the match off the back of disappointment of losing the FA Cup semi-final on Saturday and we would be guessing as to the psychological effect that match will have had on them. At their best they are a top side but logic would suggest they will struggle to be that.

Crystal Palace are in decent nick. In recent weeks they have taken care of Chelsea, Arsenal and Liverpool and they are beginning to make Selhurst Park a fortress again. With Mamadou Sakho back they will fancy their chances. I can’t bring myself to take Spurs on but I wouldn’t be surprised if they don’t win. I’ll sit this one out. 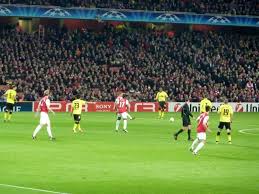 Arsenal manager Arsene Wenger admitted his side have to win out to keep their proud record of successive Champions League qualifying seasons alive and the first task will be to beat a Leicester side who aren’t completely safe themselves.

Arsenal haven’t looked anything special in the league for a while but you have to give them credit for their win in the FA Cup semi-final at the weekend and it wouldn’t be the first time something like that has inspired a side to improve and go on a run. Really and truly I can’t trust Arsenal but I’m not sure I want to be opposing them either.

These two sides will be playing Championship football next season but there is one chance for each to speed up the process for the other here. These two have been the worst two sides in the division this season and the fate of both will be sealed soon but for one night only that can go to one side with local bragging rights at stake.

Sometimes when the need of both sides is as big as it is here everything else goes out of the window and we see high scoring matches. We’ve seen that when Middlesbrough took on Hull not so long ago and that match was the only league game in 2017 in which Boro have scored more than one goal in a game.

The issue I have with that philosophy here is Sunderland are so short of goals it is untrue and even if Middlesbrough invite them into a shootout I don’t think they have the capabilities to join in. I think it is too late for this one to kick off into a goalfest. I’m on the unders in this one.