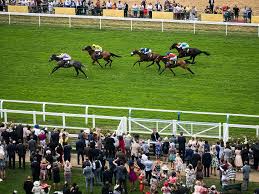 Another wonderful week at Royal Ascot comes to a close on Saturday but not before we have another outstanding seven races on the Berkshire track, with once again some of the best horses in racing on show.

There is a nice mix of Group races and handicap efforts for us to get stuck into to round off the meeting. After a good look through the card we’ve picked out bets in three of the seven races to round off our betting for the week.

A Group 3 for 3 year olds over 7 furlongs, there’s a biggish field of 19 lining up.  Creative Force, the mount of James Doyle, has won 4 from 5 & continues to get better but his one disappointment was here & I’m not sure he wants ground as deep as this.  Mutasaabeq went off at 6/1 in the 2000 Guineas but failed to fire but his previous form, including on heavy ground, gives him a great shout here although he could have been better drawn having landed stall 1.  Khartoum goes well on soft & should go well but he’s stepping out of handicap company here & the last time he did that he was outclassed.

At a big price & with a decent draw, I fancy Rhythm Master to outrun his odds.  His yard has an excellent record in this having won 2 of the last 5 runnings & they have another live chance here.  On debut last summer, he quickened clear on softish ground to spreadeagle a field coming home 4 lengths to the good.  He was then stepped up to Group 1 company & did not disappoint in the Morny.  After fly jumping out of the stalls & then getting into trouble early, he stayed on well to finish 3rd behind Group 1 Commonwealth Cup winner Campanelle.  A repeat of that could well be good enough here.  That was on genuine soft ground which is a positive.  He’s not been that good since, although he was 3rd in the Mill Reef when outpaced on good ground over 6 furlongs.  Stepped up on reappearance to 7 furlongs, he didn’t really go that well in the Greenham but his trainer came out & said that they wanted to try him on faster ground to see whether he acts on it.  His verdict, he clearly doesn’t go on it.  Back on soft ground today & with improvement to come, he could be the one to add to his trainer’s record in the race.

Get your stake back IN FULL and IN CASH up to £40 if your first bet at Royal Ascot loses! £40 risk free bet! Click the image below for this outstanding offer. New accounts only. 18+ T&Cs apply. Gamble Aware. 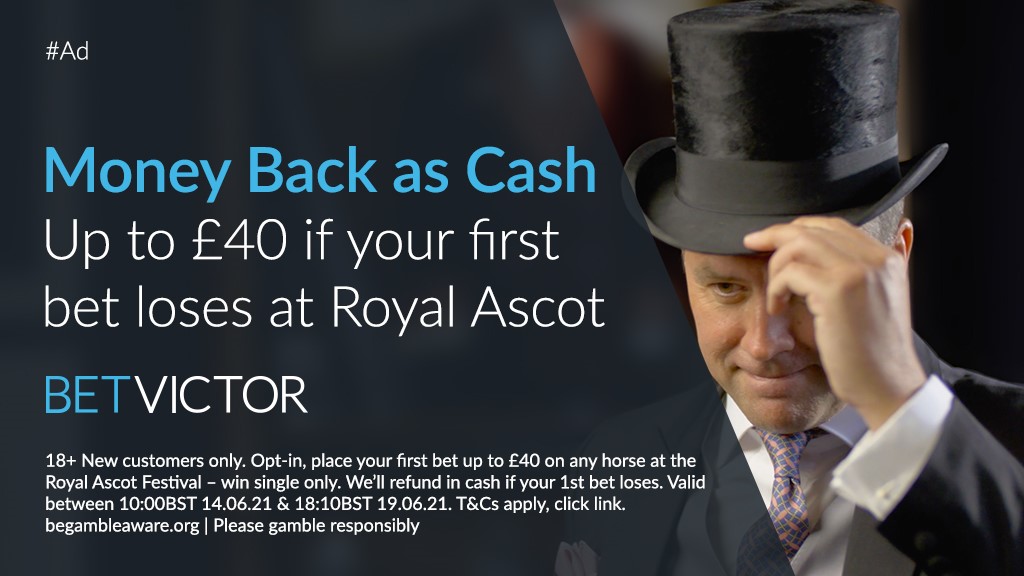 With a few non runners, there are now just the 23 for arguably the trickiest race of the week, the Wokingham over the straight 6 furlongs.  Kings Lynn has been installed as favourite having finished 7th in the Group 1 Kings Stand earlier in the week whilst Rohaan is second favourite after a pair of Group wins.  The former appears to be 7lb well in but I’m not sure he’ll relish this sort of a challenge so I can ignore him at 7/2.   The latter has gone from strength to strength since reverting to sprinting trips with the concern being he’s a 3 year old tackling the older, more experienced horses.    Pendleton is running really well & cannot be ignored but may not have landed quite so good with the draw.

I’m taking 2 in this with my best bet being Fresh.  A lightly raced 4 year old, everything looks to be in his favour here.  As a 3 year old, he finished a head 2nd to the Group 1 performer Starman on the all weather before his best run of the year when a head 2nd in a course & distance handicap on soft ground.  He kept on from the back in taking fashion & would have got up in another stride.  This year, his form has continued in a similar vein.  After an average reappearance on the all weather where he needed the run, he came back here & won an 18 runner handicap on rain softened ground, getting the better of Pendleton by a nose.  He didn’t get the clearest of runs that day so his performance can be marked up a little whilst, as the runner up has won since, my selection is now 5lbs better off today too.    With the ground perfect, the draw better than many rivals & with more improvement likely, I cannot see him not making the frame & make him a confident selection.

I also cannot leave out Punchbowl Flyer who won 3 weeks ago at Haydock on good to soft.  He’s a winner of 6 of his 17 starts but there’s one stat that makes him impossible not to back.  His record over 6 furlongs with the words soft or heavy in the going description reads 1-1-1-1-1.  That started last August off 73 & his 4 other wins were off 79, 85, 89 & 94 so I don’t see another 5lbs being a problem.  He has a nice high draw which will help & does have track form in finishing under a length 4th of 19 here a year ago on good ground.  This is, by far, his toughest challenge to date but he keeps pulling out more & there’s not a horse running today that will be better suited by the going.

The second running of this 3 year old handicap over 10 furlongs sees a maximum field of 16 assembled.  Dettori has an excellent record when riding for Mark Johnston & teams up with him for a ride on the favourite King Frankel who has made a great start to the year, winning once & finishing runner up on his other 3 runs.  It’s a tougher race again but I’m not sure he can be left out with any confidence.  Seasett should be suited by the ground but was over a length 2nd last time out & is up 7lbs in the handicap.  That’s not ideal in a race as competitive as this.   Fantastic Fox gave the top class Snow Lantern 5lbs 2 runs ago & only went down by under 2 lengths, the question marks would be the trip & the turning track.

I’m siding with one here in the Irish challenger, Visualisation.  After 3 runs on the all weather at Dundalk as a 2 year old, he’s gone from strength to strength this year in winning 2 competitive handicaps & finishing 2nd in the other.  Both his wins came from the front in big fields of 16 & all 3 runs were on either soft or heavy ground.  Admittedly, he’s raised another 7lbs for his most recent win but he looks capable of much better & I expect to see him racing in Group races before the end of the year.   His runs this term have been over a mile but the comments of ‘stayed on well’ & ‘won going away’ bode well for this extra 2 furlongs.  On breeding, he should have no problem with it.   Another positive is that the stable has had upwards of a dozen runners this week but the stable jockey has stayed over in Ireland until today & he comes here for just the 1 ride.