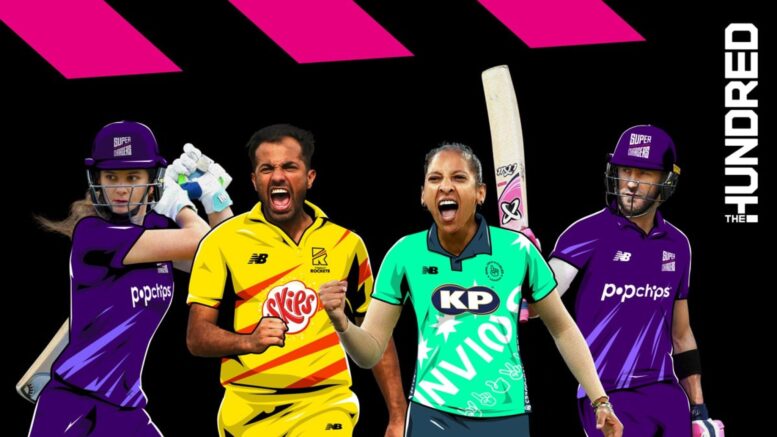 The new season of The Hundred gets underway on Wednesday evening but before it does there is just a chance to look at the top batsman market for a tournament which is likely to see a lot more exciting cricket with the big overseas stars in it this term.

Liam Livingstone took advantage of being one of the big cheeses in the competition last season to top score with a bit in hand but if he is to maintain top scoring he’ll need to go well because some star talents are in the competition this term.

Jos Buttler is the general favourite to top score in the competition this season. He showed all of his brutality in the Indian Premier League where he was a comfortable top scorer but he wasn’t the captain of the Rajasthan Royals in that tournament and he is the skipper of the Manchester Originals. We saw with England that it is hard to concentrate on your batting when captaining the side and it could be that he struggles in that. He scored at less than a run a ball in the two matches he played last season so I can overlook him.

James Vince was the top scorer in the Vitality Blast earlier in the season and although he is the captain of the Southern Brave, he skippered Hampshire to the Blast title and still allowed his batting to thrive. He might have something of a point to prove having incredibly not been called up by England this summer and so a standout performance in this tournament doesn’t just have him knocking the door but banging it down with regards to more England honours. The last couple of months suggest he might be a better option than Buttler.

One man who has no captaincy concerns is Alex Hales. The Trent Rockets opener is one of the best white ball cricketers in the world and although he saw his England career cut short by Eoin Morgan, he continues to flay the ball to all parts and make that decision look more and more stupid. He wasn’t in top form in the Blast but when he got going to battered bowlers to all parts and four matches at Trent Bridge will certainly do his chances of top scoring no harm at all.

Rilee Rossouw and Faf du Plessis head up the overseas options in the betting market. It isn’t ideal that Rossouw misses the opening match. In an eight-game campaign every match missed could be pivotal. That isn’t to say he can’t catch up but it is certainly a disadvantage. Du Plessis is the Superchargers captain and hasn’t played since the IPL but if he can hit the ground running then there are still plenty of runs in him. He’d be my pick of the two.

Whenever we bet on a market like this that has so many runners and riders we need to lessen the field and concentrate on a smaller pool of players in which to pick our bets out from. There are a number of factors we can use to get the field reduced a little and know where to concentrate.

Firstly it is always worth a look at who plays on which grounds. Certain grounds in any country are higher scoring than others and that is very much the case here. Trent Bridge and Headingley will be high scoring grounds in this competition while Cardiff, Edgbaston and Old Trafford have seen plenty of cricket and might not be so conducive to good batting. If we apply a point system to the teams on show on these grounds we could whittle the field down.

Another way to whittle down the field is to take players from the sides who you think will make the finals. It might only be an extra innings or two but it could be the difference between winning or not, or even making the top four or not. The other thing to remember is to take someone who will bat high up in their team’s batting order. While we will see some pyrotechnics from those lower down the order players guaranteed to get eight decent innings will outscore the cameos more often than not.

Although I’m not sure the Northern Superchargers will make the finals, the fact Headingley is so good for batting these days means I would be looking at a batter in their side or the Trent Rockets. We saw earlier in the summer that runs flow at Trent Bridge. Birmingham Bears set a Blast record there this season and England and India both scored well over 200. On the flip side of that I wouldn’t be looking too much at Welsh Fire or Birmingham Phoenix players because they will be playing on tired tracks. Southern Brave and Manchester Original batters will be on the biggest grounds which isn’t ideal.

I’ll go with a couple of players this season. One of those is a main option and another is an outsider who could go well if he sneaks into the side in the opening game. The main bet option is Tom Kohler-Cadmore. While I would have preferred him to be with the Northern Superchargers rather than the Trent Rockets, it certainly isn’t a bad thing that he’ll bat four times at Trent Bridge. There were one or two doubts whether he would get a game but the Rockets shelled out top whack of £125k for him so they are almost committed to playing him which is good for us. Not only does he play four matches at Trent Bridge but the Rockets are away to the Superchargers which helps too. Kohler-Cadmore played a brilliant innings in the semi-final of the Vitality Blast so he can perform on the big stage and looks a huge price to me here.

The Northern Superchargers only picked up Michael Pepper in the Blast wildcard pick which might mean that he isn’t guaranteed a starting place in the side but if he has done enough to force his way in I expect a big season from the Essex player. The fact he is an excellent fielder might get him into an aging team so I’m happy to take a chance on him at a big price. Pepper gets four matches at Headingley and one at The Oval which should be helpful and a player who scored 439 runs in the Blast at 163.19 per 100 balls should be very useful in this format. I’ll pay to see how he gets on.