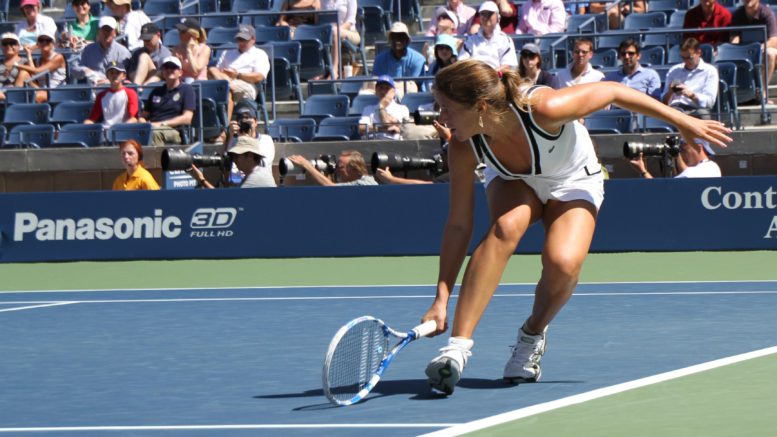 After the obscene and crazy weather in New York on Wednesday, things are expected to be much more normal at the US Open on Thursday on a day where both the singles draws should be completely on a dry and warm day in the Big Apple.

Whatever the weather is like outside play will definitely be completed on the main courts on Thursday with the likes of Alexander Zverev, Novak Djokovic and Ash Barty all on the schedule looking to book their place in the third round.

As has been the case for the last couple of years, the day session on the Arthur Ashe Stadium features two matches and the women’s contest sees the world number one Ash Barty looking to make progress. She faces Clara Tauson for a place in the third round before the Olympic champion and beaten finalist here last year, Alexander Zverev, faces the Spanish veteran Albert Ramos-Vinolas to round off the day session on Thursday.

The order is switched for the night session which means that the men get the action underway and doing so will be Novak Djokovic who will be looking to move to within five wins of a piece of sporting history. He takes on the largely unknown Dutch player Tallon Griekspoor who had a good win over Jan-Lennard Struff in the first round. The final match on the main court on Thursday sees the Wimbledon finalist Karolina Pliskova taking on Amanda Anisimova.

Assuming the Louis Armstrong Stadium has dried out from the rain getting in during the tornado like conditions on Wednesday we will have a full session of play on the second court. Starting us off is the women’s Olympic champion Belinda Bencic. She has a date with the Italian player Martina Trevisan before the former Grand Slam winner Petra Kvitova meets Kristyna Pliskova. There is one men’s match in the day session and it should be an entertaining one as Gael Monfils goes up against Steve Johnson.

It would appear to be Canadian night in the evening session on Armstrong on Thursday. The 2019 winner Bianca Andreescu is first up when she looks to back up her marathon first round win when she faces Lauren Davis. The number one ranked female Canadian will then make way for her male counterpart as Denis Shapovalov rounds off a good schedule over on Armstrong when he faces the Spaniard Roberto Carballes Baena.

There is a good looking women’s match opening up the schedule over on the Grandstand court on Thursday when Maria Sakkari will look to follow her Greek colleague Stefanos Tsitsipas into the third round when she meets the tricky Czech player Katerina Siniakova. The Wimbledon finalist Matteo Berrettini then steps onto the court to face the French player Corentin Moutet. The third singles match on this court is the one which couldn’t be played on Wednesday. That sees Angelique Kerber meeting Anna Kalinina before two young Americans round off the singles action as Jenson Brooksby goes up against Taylor Fritz in the early evening game.

The schedule on Court 17 always seems to be a good one and that is the case again on Thursday where the leading American chance remaining in the men’s draw opens up the show when Reilly Opelka meets Lorenzo Musetti before another American hope takes to the court as Jessie Pegula faces Misaki Doi. There is just the one more singles match before a couple of doubles encounters close the show. That sees the former finalist Kei Nishikori taking on Mackenzie McDonald.

There are still a fair few singles matches around the grounds on Thursday and they’ve been a little more spread out than normal just in case there is some sort of hangover from the rain on Wednesday. The former French Open champion Iga Swiatek, her Polish compatriot Hubert Hurkacz, Petra Martic, Washington champion Jannik Sinner, Anastasia Pavlyuchenkova, Paula Badosa and Anett Kontaveit are just some of the stars on show on the outside courts.

After not having a bet in the men’s draw on Wednesday I find myself liking four on Thursday. The first of those is for there to be a tiebreak in the first set of the match between Vasek Pospisil and Ilya Ivashka who meet each other for the first time. Ivashka is obviously in good form after cleaning up in Winston-Salem last week but Pospisil will be boosted by his comeback win over Fabio Fognini on Tuesday and will be suited to the fast courts which aid his first delivery. The final set of that match with the Italian went to a tiebreak and the Canadian is no stranger to them. Ivashka might need a set or two to get a good read on the big Pospisil serve so while he does that we could very well see a breaker settling the first set at a big price.

Kei Nishikori and Mackenzie McDonald met in Washington earlier in this US swing and their match went to a deciding set which the American won 7-5. I’m expecting a pretty lengthy contest from them here too. McDonald knows he can beat Nishikori and should be nice and fresh after doing the routine job he was expected to do against David Goffin in the previous round. We know Nishikori is nothing if not a fighter and he seems to fight more here than anywhere so he isn’t going to go down without a good tussle here. This one should go at least four sets and a fifth can’t be ruled out so over 37.5 games looks good here.

I think Jack Sock might be a decent price to overcome the challenge of Alexander Bublik too. You never truly know what you’re going to get from Bublik, I’m not actually convinced he has a clue himself, but more often than not he’ll wilt mentally in the end. That is something which can’t be thrown at Sock. Sock is trying to revive his career after 2-3 terrible years but we shouldn’t forget that it was only as recently as 2017 that he was a set away from making the final of the ATP World Tour Finals. He isn’t at that level these days but there are signs he’s getting some form and confidence back. He only lost to Rafael Nadal in a deciding set tiebreak in Washington earlier in the year and even though this match is on an outside court Sock won’t lack for support and with it motivation. Bublik has never reached the heights Sock has in the game and if he’s slightly off it here the American could pull off something of an upset.

The last bet I’ll take is for the youngster to win the battle of the Americans later in the evening. Jenson Brooksby is getting spoken about in high places with a lot of people feeling he has the game to go all the way. If that is the case then he will need to be beating a physically struggling Taylor Fritz. Fritz had a good win over Alex de Minaur in the previous round but the Australian has lost his game completely in this American swing. The big concern was that Fritz had the doctor out in that match and hasn’t looked that strong since he picked up Covid earlier in the year. Brooksby wasn’t great in the first round here but that was probably to be expected as a favourite in unfamiliar territory, against an opponent who to be fair to him made the final in Winston-Salem last week. That win might be better than it looks and I’ll take him to follow it up against Fritz here.

While there is plenty that I like in the men’s draw on Thursday, the same can’t really be said of the women’s draw where actually only the one bet stands out to me on what looks like a tricky card with so many hot favourites. I’m never one for getting involved in big favourites in the women’s game because of the inconsistency of it all so I’ll wait for the more competitive contests to come along over the weekend. There is one that I think might be a bit of value though.

That sees the Cincinnati finalist Jil Teichmann to get the better of the Cleveland champion from last week in Anett Kontaveit. I quite like Kontaveit but she looks mighty short here. She did well to win in Cleveland last week and you should never take away a title from anyone but it should be said the highest ranked opponent she beat on the week was Sara Sorribes Tormo who is outside the top 40 in the world. Much the better form guide of the two looks to be Teichmann’s run to the Cincinnati final the week before where she disposed of Naomi Osaka, Belinda Bencic and Karolina Pliskova in conditions not too dissimilar to the ones in New York. This looks a lot more 50:50 than the odds suggest to me so at 6/4 I’ll take the Swiss player here.