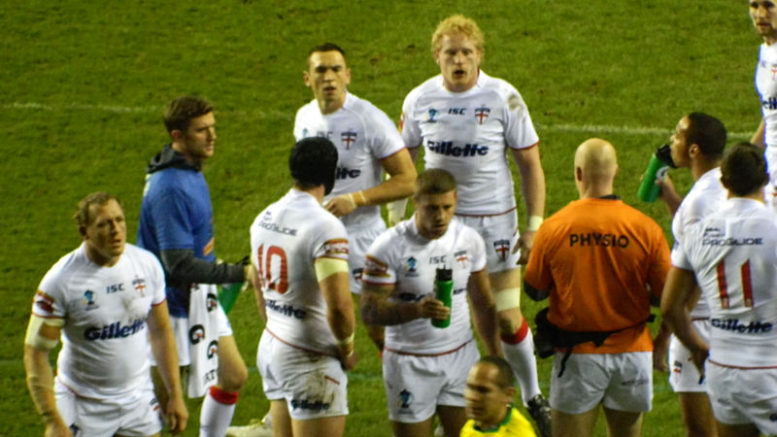 Australia will find out who they will face in next weekend’s Rugby League World Cup final on Saturday when England and Tonga meet in the second semi-final. This was billed as being England against New Zealand but Tonga have had other ideas and they will be out to continue their run here.

England were touted as the side most likely to be taking on Australia in the final and they go into this semi-final as the favourites to win. It will be interesting to see how they handle that tag on a stage they are still getting used to.

You would have to say England haven’t dazzled and delighted at all times in this tournament but at the same time it cannot be said that they have not improved with every match that they have played in the event. That progression will need to be maintained here because this Tonga side are the best team they have come up against thus far.

One thing that has not wavered throughout the tournament has been the quality of the English defence. They have been hard to break down from the start of the event and look comfortable when the opposition are attacking them. If they can cut out the errors going forward then not only can they win this semi-final but they can win the tournament too.

The Tongans were the hyped up team before the tournament after a host of big names had left Australia and New Zealand to represent them. The question mark over them was whether or not they could gel as a unit and display the passion that the pacific islanders are renowned for. We have seen in the tournament the answer to both is affirmative.

Tonga were a little fortunate to get past Lebanon in the quarter final last week with concerns starting to grow that they might be running out of gas a little after a brutal group they had to come through in the early stages of the event. You would think adrenalin alone would get them through this and they have the players who can be dangerous.

There is just the one change to the Tonga side from the one which won the quarter final. That sees Siliva Havili coming in for Sione Katoa. Daniel Tupou, Michael Jennings and Jason Taumalolo are just three of the NRL stars looking to shine in this side.

This should be much the better of the two semi-finals. I wouldn’t call it 50/50 but it isn’t far off that. If Tonga turn up at full energy and ready to go to war then this could be a fascinating encounter down the middle between two packs that are full of grunt and power.

I am already on Tonga at 6/1 to win this match having backed them to make the final and they are considerably shorter than that to win so I’m happy with my position there and I’ll focus on the first scoring play for a bet on the contest.

I think both sides will really muscle up to begin with and that could lead to a penalty in or around the ruck and given how tight this semi-final is expected to be it would make sense for whoever gets it to kick for goal with the aim of getting in front on the scoreboard. You can get 7/1 on England and Tonga opening the scoring with a penalty and that looks sound enough to me.

Back First scoring play – England penalty for a 1/10 stake at 8.00 with BetVictor

Back First scoring play – Tonga penalty for a 1/10 stake at 8.00 with BetVictor