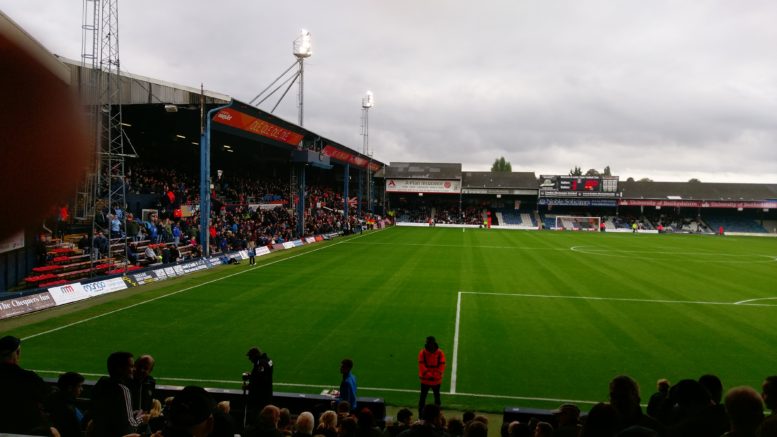 The brand new Sky Bet Championship season kicks off at Kenilworth Road on Friday night when the newcomers to the division Luton Town host Middlesbrough in a juicy looking battle to get an exciting campaign underway.

Luton are on the up after successive promotions and will be out to show they will be competitive this season while Middlesbrough should be freed up by not having Tony Pulis holding them back this term so both have a lot to look forward to here.

The Hatters are playing Championship football for the first time in 12 seasons so there is going to be quite some atmosphere at Kenilworth Road, where they are unbeaten since March 2018. A new era begins for Luton Town in this match with Graeme Jones taking over the excellent work done by Mick Harford in the second half of last season. It is his first match as a manager so all eyes will be on him to see how he copes with the step up from being an assistant.

Jones has some excellent players at his disposal with James Collins a goal machine over recent times and Andrew Shinnie now plying himself at the level he belongs at. Callum McManaman and Ryan Tunnicliffe have been brought in, as has club record signing Simon Sluga between the sticks so there is rightfully plenty of optimism within the Hatters fan base.

It has been the exact opposite for Middlesbrough in recent times. The disconnect between club and fans has been evident for all to see while Tony Pulis was at the helm, even though on the face of it they went fairly well, finishing just a point off the play-offs. He bored the tits off everyone though which did not go down well with the supporters and given that results tailed off after January the writing was on the wall for him from a long way out.

Despite being the fourth lowest scorers in the Championship last season, Middlesbrough do have some exciting players with Britt Assombalonga one of the best forwards in the division. He will share the hopes of the fans that new boss Jonathan Woodgate sets his side up in a way to get the best out of him, in what is also his first match as a manager.

Luton boss Graeme Jones has confirmed that new signing Martin Cranie will play at right-back in place of the departed Jack Stacey. Simon Sluga, Brendan Galloway, Ryan Tunnicliffe, Callum McManaman and Jacob Butterfield could all make their debuts for the home side.

Middlesbrough expect goalkeeper Darren Randolph and defender George Friend to be fit to play. Woodgate has suggested he will adopt a 4-3-3 formation so the likes of Jonny Howson in the centre of the park could be crucial.

Obviously as a Luton Town fan I can’t wait for this match but even for the neutrals it should be a good watch with two debut managers opposing each other and wanting to set their stall out not just for the season but also for their careers. That should lead us to get something of an attack minded match, and one with plenty of penalty box action and hopefully goals.

You have to go back to their non-league days for the last time Luton didn’t take a match to their opposition and the noises coming out of Jones suggests that isn’t going to change just because they are operating at this level. Woodgate seems certain to employ a more attacking approach as well so the best bet could very well be the 17/20 on both teams to find the back of the net over the course of the 90 minutes.

The Open Golf – Round 1 Betting Preview