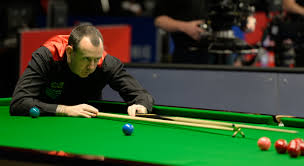 The new snooker season begins on Sunday when two groups of the Championship League Snooker get underway at the Morningside Arena in Leicester on a day where eight players will look to book their spot in the second stage.

We have a former world champion, a world finalist and countless other good players on show across the two tables over the course of the day in what should be a wonderful way to get another campaign started.

Ricky Walden is the highest seed in the group which will be played out on Table Two on Sunday. He will be expected to make it into the next stage but there are three competitive players who will hope he is a little rusty. Allan Taylor has shown his credentials on a couple of occasions in the past but Nigel Bond is the most known of the trio looking to upstage Walden. The group is made up by the amateur player Oliver Brown who has got into the field through places not being taken up by the tour card holders.

Mark Williams is the highest profile player on show on the first day and he will headline the action on Table One as he looks to make his way through Group 8. On paper at least he looks to have a relatively smooth group with Jak Jones the second seed in it and until last year he hadn’t really shown his worth. Hammad Miah and Peter Lines both had to go to Q-School to retain their cards. Lines got through at the first time of asking while Miah had to rely on the Order of Merit to get his card. Both will be eager to hit the ground running on Sunday.

I’ve had a look through the markets for the two groups on show on Sunday where I’m keen to take on both the favourites because they look plenty short enough. The problem is the support cast isn’t as strong as I’d like and in truth the favourites should both make it through. In Group 7 if there is a surprise it could come in the form of Allan Taylor but he isn’t exactly what you would call consistent which is a bit annoying.

I’m more keen to take on Mark Williams though. He is known for not practicing at the best of times and this early in the summer I wouldn’t be at all surprised if golf was more his interest than snooker. He has enough natural talent to still come out on top in this group but of the real heavyweight star names he is probably the one who might come in here rustier than most. Again though there isn’t really anyone to take him on with over the day.

I will take Williams on in the match betting however. There is one which I think is a little on the big side without the draw in play and that is his clash with Peter Lines. Lines should be feeling good about himself after going to Q-School and getting his card back. He won that in the first tournament where Michael White was among his victims. He won that match 4-0 so he must be in decent enough shape at present.

I’m convinced Williams will come in here a little rusty and if he is going to be beaten it will probably be by someone who has a bit of nous about them to keep him in the long grass and feed on the chances that come his way if Williams takes on a risky pot and misses it. Lines would probably fit that particular bill so given that you can get him at 11/2 without the draw in play I think he is worth a small punt to take care of Williams later in the day.