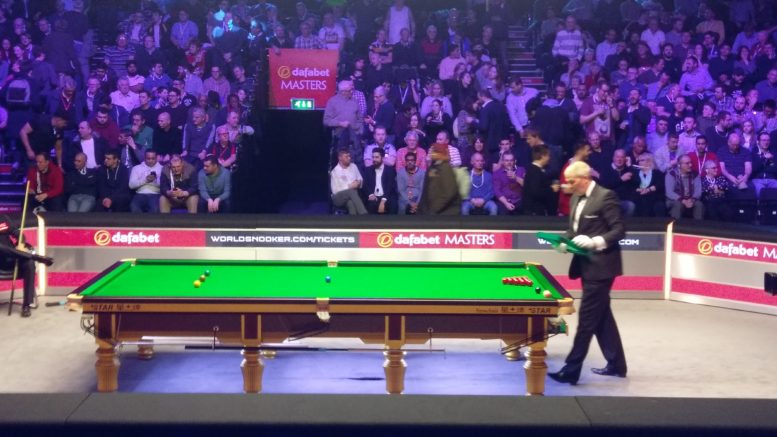 The evening session on the opening day of The Masters has had a late switch to the line-up but still promises to be a tasty contest as the semi-finalist of last season Dave Gilbert, takes on the former finalist of this event in Joe Perry.

Perry only made it into the draw on the eve of the tournament when Judd Trump failed a Covid-19 test but he’ll be looking to make full use of his chance. Gilbert will be hoping for another good run here to kick start what has been a disappointing campaign thus far.

It will be two years at the end of this season since Dave Gilbert made the World Championship semi-final so he is going to be under pressure in terms of his ranking for the remainder of the season with such a chunk of points coming off. This tournament won’t help in terms of building up his ranking but if he can pull off a couple of morale boosting wins here to take forward with him then that will give him the confidence that he needs. We saw in Sheffield two years ago that he can be quality when he is confident.

We know Gilbert has a wonderful cue action so his lack of success is purely down to his temperament and his confidence so you get the feeling that the start of this match is going to be crucial. If he makes a good start he could be tough to beat here but if he goes behind early on then you wonder what he’ll be able to find. It has been particularly noticeable that his form has really dipped while there have been no crowds.

For the second time on the opening day we will have someone who is on a free roll in action on the green baize. Joe Perry was slightly more likely to get in as first reserve but even then he wouldn’t have been expecting the call. It remains to be seen how much practicing he has been doing with his next tournament not due to be the German Masters at the end of the month unless he gets an early slot in the Pro Series event, but he’s been around long enough that I’m sure he knows how to get the best out of himself at short notice.

Whether he has been practicing or not the one thing Perry does have on his side is bags of experience and I think that could be important here. For all he has improved and been a feature on the tour for the last couple of years, Gilbert still hasn’t played too many matches of this magnitude on a stage of this kind whereas Perry has been doing it for years, including in this tournament. With nothing to lose there is the potential for Perry to be hard to beat here.

These two have met 12 times in the past with Perry holding the edge in terms of wins 7-5. That makes sense as he has been around the top of the game for longer than Gilbert. That is reflected in the frame totals too where Perry is ahead 51-45 which suggests that his wins tend to be by a comfortable enough margin. Five of those 12 matches have gone to a deciding frame but this is the first time they meet over the best of 11 frames. They did play in the World Championship a couple of years ago which Gilbert won 10-7 which might be significant over the course of this game.

Neither of these players have pulled up any trees this season but there were a few more signs of life in Joe Perry in the UK Championship and I think despite his rushed preparation for the contest that he might well be the one to come out on top. I would imagine that when he was drawn against Judd Trump in the first round, Gilbert was approaching the tournament with a little to lose attitude but now he’s expected to come through and would have a great chance of reaching the semi-finals if he does.

That is a little extra pressure that Gilbert could probably do without when he has barely won a match all season. Although Perry hasn’t won a match since the UK Championship he ran into a monster performance from Anthony McGill at the World Grand Prix so I’m not going to hold that against him. It isn’t ideal that Perry hasn’t had long to prepare for this event but despite that I still think I’d rather be on him at odds against than his opponent at odds on.