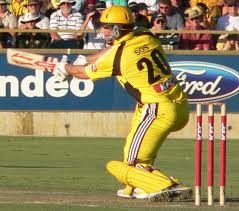 There is one match in the Big Bash League on Saturday and it is the second Sydney Smash of the campaign and a huge one for the Sydney Thunder as they travel across to the Sydney Cricket Ground to take on rivals Sydney Sixers.

The Thunder are fourth in the table but that spot could soon disappear if they lose this one. The Sixers know they will be in the first qualifier when the finals begin but if they don’t win here they will have to travel to Perth for it.

The Sydney Sixers head into the derby on a run of four wins in succession which has secured their spot in the top two when the regular season ends. That means there is an element of approaching this with freedom as whatever happens over the next couple of weeks they will host a match to reach the final at the very least. The key for them in their last two regular season matches will be to maintain their form and not let their standards drop at all.

This run of the Sixers would be impressive regardless of when it happened but the fact it has come along when a couple of overseas players left and the Test men needed to be reintegrated into the setup makes it all the more appealing. Their bowling has been excellent for most of the tournament but particularly lately and when they bowl well they are so hard to beat because their batting rarely lets them down completely.

The Sydney Thunder have had an all or nothing feel about them throughout this campaign but they deserve a lot of credit for getting the job done under intense pressure against the Melbourne Renegades last time out. That hasn’t secured their top five spot but it has made it more likely they will be around when the finals come along. Another win here would just about sew it up but they remain vulnerable should they lose this game.

We saw the best of the Thunder in that match. They restricted the Renegades to a fairly low score and then chased it down as if it was one of the earlier matches in the tournament rather than one which carried a lot of importance. If their top order batters can come into form for the remainder of the season then there is certainly enough in their bowling attack to have them more than competitive but they need to back up that batting effort now.

Steve Smith bludgeoned a brilliant century in the last game for the Sydney Sixers and he looks in absolutely superb form right now. If he gets in and goes through the gears the Thunder are going to have their work cut out here.

I always think that the first couple of overs of a Sydney Sixers bowling effort sets the tone for what is about to come so if Matt Gilkes can build on his good effort in the previous game and get about the Sixers bowlers it could open the game up for the Thunder.

I have to be with the Sydney Sixers here. They are the more consistent of the two sides. They are at home and I think they have the better all-round squad as well. The Melbourne Renegades allowed the Sydney Thunder to wriggle away from them after taking a couple of early poles in their last match but once this Sixers attack get you where they want you there is rarely any way out. This might be a low scoring match given what is on it but I still expect a comfortable Sixers win.

That is the way this derby has been played out in recent times. The three matches between the two last season and this have been dominated by the Sixers. Last term they won by 30 runs and 60 runs and already this season they have beaten their rivals by seven wickets with 22 balls to spare. A chasm seems to have appeared between these two sides and now the Sixers have Steve Smith and Nathan Lyon at their disposal. I expect the magenta dominance to continue in this one.