There is one match in the Premier League on Wednesday as we head towards the end of the campaign on Sunday. That match sees Southampton hosting Man Utd at St Mary’s in a match where really neither side are playing for anything.

Man Utd head into the match knowing they can’t finish any higher than sixth in the table while Southampton can’t finish higher than eighth although they could yet slide a few places if they lose here. 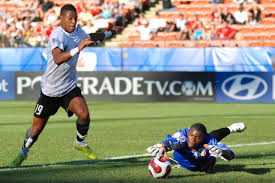 Most of their better performances have come on the road this season so it could be that they feel they owe their fans a performance in either this match or their final one on Sunday. They might also feel that they owe Man Utd something after losing the EFL Cup final to them at Wembley earlier in the season.

Manchester United went on a massive unbeaten run in the league this season but that means little now as they have lost their last two matches although it should be pointed out that they were away to Arsenal and Tottenham and most sides have lost those matches in this campaign so we shouldn’t be too harsh on them.

United have had a heavy workload in recent times and injuries haven’t helped them with that which hasn’t been ideal. With the Europa League final seven days after this match you do just wonder both how strong United will be in terms of team line up in this match and indeed just how interested in the match they’ll be.

Southampton could well have Charlie Austin back from the start for this match after he returned to action at the weekend. Virgil van Dijk has been ruled out of the match however.

Man Utd’s injuries have been well documented and the likes of Marcos Rojo, Zlatan Ibrahimovic and Luke Shaw are all out injured. Paul Pogba misses the match after the death of his father while Daley Blind will definitely be rested. I like the cut of Jose’s jib in that Man Utd want to win their last three matches this season but really the only thing that matters for them is next Wednesday and that Europa League final. In many ways this match is an irritant that they could do without.

I daresay Southampton don’t want to play it either but at least they are at home so have home fans to satisfy. They might well want to get one over United after the League Cup final too. In that final Southampton were comfortably the better side even in defeat and that was a motivated and near full strength side. This Man Utd will side be anything but that so I’ll take Southampton to pick up a rare home win in this one.