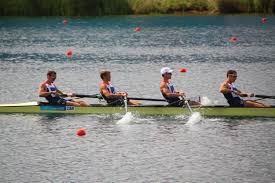 The Tokyo 2020 Olympics continues on Wednesday and with Team GB having made their best start to any Olympics over the first four days, all eyes will be on their competitors on the fifth day of action to see what further medals they can provide.

Wednesday is a day where there are no fewer than 23 gold medals up for grabs with some huge sporting stars looking to get their hands on those coveted pieces of metal that can crown a lifetime of work and endurance.

There are plenty of other sports on show in Tokyo on Wednesday. We will have previews of the tennis and football action elsewhere on the site but there is also the beginning of the baseball competition. In addition to that sports such as the hockey, volleyball, badminton, table tennis, handball and beach volleyball competitions all continue their progress.

We are down to the final four in the Rugby 7s and four sides will battle it out for the medals in the Tokyo Stadium on Wednesday. The four remaining sides are Great Britain, New Zealand, Argentina and Fiji so there could be a repeat of the final of five years ago should Great Britain and Fiji come through their matches.

Fiji won that particular final last year and I think they are a good bet to retain their gold medal. I think it is fair to say that they haven’t been at their very best in the competition yet but I expect that to change over the course of the last day of action on Wednesday. They have the easier of the two semi-finals against Argentina and are generally regarded as the best 7s side there is when they are on it. New Zealand might be a tough nut to crack in the final but the mobility and freedom of this Fiji side can lead them to defend their title successfully.

The women’s and men’s time trials form the cycling schedule on Wednesday. We saw in the road race just how unpredictable the women’s event could be so I’m leaving that well alone but instead I’ll focus on the men’s race where Wout van Aert is the favourite to win gold but I think there is a better bet in the form of Rohan Dennis, the time trial specialist.

It is the worst kept secret in sport that the Aussie has been saving himself for this race all year, a fact he cemented at the weekend when he was a late withdrawal from the road race, presumably to stay fit and in peak condition for this race whereas van Aert had to ride six hours in intense heat and humidity and even with the powers of recovery that cyclists have after a long Tour de France that can’t be ideal. There are other contenders but they also rode the road race and I’m not sure the punchy climbs suit them as much as they do Dennis. I think the 2018 and 2019 time trial world champion can land the Olympic crown here.

In the swimming pool the headline race of the day is the women’s 200m freestyle where Ariarne Titmus and Katie Ledecky lock horns once again but the best race might well come later in the session when the women’s 200m individual medley comes around. The American swimming Kate Douglass is the favourite but I think there is value in behind her.

The two British women Alicia Wilson and Abbie Wood will be looking to come away with hardware from this final but I actually like the other American in the race in Alex Walsh, the third fastest qualifier for this final. She was in the weaker of the two semi-finals in terms of times behind her and wasn’t really tested at any stage so I think there is more to come from here. Walsh edged out Douglass in the US trials so we know she has the better of her. The odds against on her to win a medal looks huge and I’ll have a small play that the medal she receives is gold.

If you are a Brit who has watched the Olympics for the last 30 years or so then the big rowing race is always the final of the men’s four. Great Britain have won four of the last five gold medals in this race with the likes of Sir Steve Redgrave and Sir Matt Pinsent spearheading those boats for much of that time. They have qualified for the final here in what looks like a match between Australia and Great Britain.

Australia were the fastest qualifiers in the semi-final and three members of their boat were the World Championship winning crew that won the gold medal in 2018 so experience could get them over the line here. You feel that the British boat is the favourite because of their reputation in the race but there has been nothing so far to suggest that in what looks like a two horse race based on the qualifying times, the Australian four should be the price they are.

Back Australia to win Men’s Four for a 2/10 stake at 3.00 with Boylesports