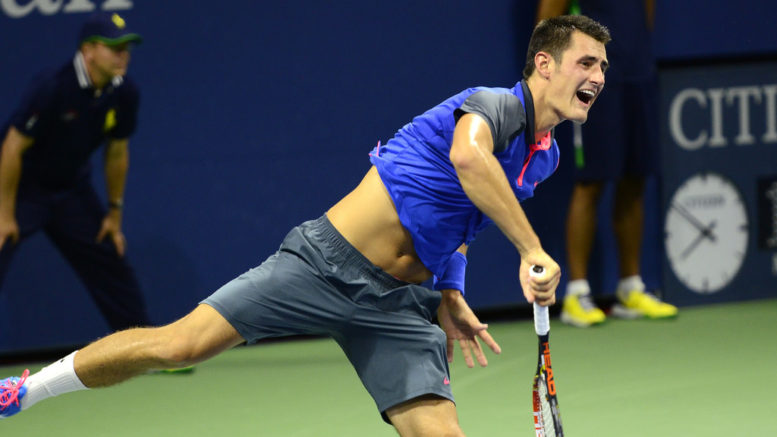 The second day of action at the US Open in New York will see the first round of the two singles draws coming to a close as those who didn’t get their campaign underway on Monday do exactly that on Tuesday.

Monday was a quite extraordinary day of tennis with deciding set finishes and epic matches wherever you look and if Tuesday is anything like that we’ll be in for quite some day given the cast list that is on show.

The Olympic champion and beaten finalist last year Alexander Zverev will grace the main arena first up in the day session. He is on a winning run of 11 matches coming in here and it will be the big serving American player Sam Querrey who will be given the task of bringing that to an end. When they are done the women’s number one seed Ash Barty will be on court for the first time this year when she takes on the veteran player Vera Zvonereva for a place in the second round.

The men get the night session underway on Tuesday after the very late night start for the men’s match on Monday. The potential history maker Novak Djokovic will begin his quest for greatness to start the night session. He meets the relatively unknown Holger Rune in what should be something of a walkover for the number one seed. When they are done the 2019 champion Bianca Andreescu takes to the stage. She meets Viktorija Golubic to round off the action.

The former finalist and runner up at Wimbledon this year, Karolina Pliskova, will be first up on the second court on Tuesday. She faces the young American player Caty McNally before the women’s Olympic champion takes to the court as Belinda Bencic begins another title quest when she meets Arantxa Rus. The men round off the day session when the Canadian entertainer Denis Shapovalov looks to get off to a good start when he faces Federico Delbonis.

There is a night session on Armstrong too and it begins with a very competitive looking women’s match between Alison Riske, who would have been seeded for this event had it not been for recent injuries, and Anastasia Pavlyuchenkova who recently won a gold medal in the mixed doubles alongside Andrey Rublev. Another American player who would be seeded had it not been for injuries takes to the court in the second night match when Taylor Fritz goes up against Alex de Minaur in another tasty looking encounter.

The 2014 finalist Kei Nishikori will open up the action on the Grandstand court on Tuesday when he takes on the Italian player Salvatore Caruso. Another Italian follows then in the form of Matteo Berrettini. The Wimbledon finalist is a former semi-finalist here and he’ll begin his 2021 title quest with a clash against Jeremy Chardy. It is the women all the way after that with the former French Open champion Iga Swiatek taking on Jamie Loeb before the action ends with Petra Kvitova going up against the well-travelled Polona Hercog.

Reilly Opelka has had a good US Open Series having made the final in Toronto and he starts out his bid for a first Grand Slam title when he meets the Korean player Soonwoo Kwon. The rising British star Emma Raducanu is second up on this court when she takes on the Swiss veteran Stefanie Voegele. The popular Gael Monfils will then look to make progress when he clashes with Federico Coria before the final match on this court on Tuesday sees the home ace Jessica Pegula going up against Anastasia Potapova.

As with the Monday action, there are plenty of star names dotted around the grounds on Tuesday for those with ground passes on site and us with Prime Video subscriptions to enjoy. David Goffin is the headline act on Court 5 while on Court 10, Maria Sakkari, Paula Badosa and Jannik Sinner are on show. Aslan Karatsev, Pablo Carreno Busta, Karen Khachanov, Karolina Muchova, Lorenzo Sonego, Anett Kontaveit and Hubert Hurkacz are just some of the other seeded players who we will be able to watch throughout the course of the day.

Two bets jump out at me in the men’s draw on Tuesday. I thought Lucas Pouille looked alright at Winston-Salem last week and until fatigue got the better of him in his match against Dan Evans he was giving as good as he got in that match. Evans has already franked the form and I fancy the Frenchman could well go on and do a job on an Albert Ramos-Vinolas who has only won two of his last 13 matches on a hard court and only three of his last 15 on any surface. The speed of these courts aren’t likely to do the Spaniard much good because he is much more suited to the slower clay courts. That isn’t really the case with Pouille and while his embow is always a concern, I’m prepared to take him as the outsider.

I also like a favourite on Tuesday as well and that is Denis Kudla who has found some form over the last couple of months or so. He made the final in Nottingham and won five matches in all at Wimbledon including the three qualifying rounds and went out to Novak Djokovic in the third round but had set point to take the third set against him. Since then he has produced hard court wins over the likes of Taylor Fritz, Feliciano Lopez, Thanasi Kokkinakis, Brandon Nakashima and Max Purcell so he’s in decent touch unlike Djere who hasn’t won a match here for the last three years so needed some confidence coming in here and hasn’t had it as he has lost his last three matches. The Serb has only won three of his last 14 matches on a hard court and these speedy courts aren’t likely to suit him. Kudla should win this with a fair bit to spare.

I’ll take a couple in the women’s draw as well with one of those being the Spanish player Sara Sorribes Tormo to beat Karolina Muchova. I like Muchova but she pulled out of Cincinnati a couple of weeks ago with an injury so an extremely humid day against a Spaniard who will love the atmospheric conditions probably isn’t the ideal situation for the Czech. Muchova did beat Bianca Andreescu in Cincinnati but if she isn’t fully fit she’ll struggle here. Sorribes Tormo is pretty relentless as we saw in that epic against Kerber at Wimbledon last month and in these conditions she could be very tough to break down. I fancy the Spaniard to outlast Muchova if she needs to but if the Czech isn’t 100% it should be an easier evening’s work for the ultra-fit Sorribes Tormo.

Katie Boulter always gives a good account of herself but her last two qualifying matches saw her go three sets going two and a half hours on both occasions so you wonder just how much she’ll have left in the legs even after a couple of days off given the humidity and intense conditions those qualifying matches were played in. It isn’t going to be any different here either and Ludmilla Samsonova is a sneaky good opponent. The Russian touched off Elena Rybakina in Montreal recently which is decent form and she ticked her form over in Cincinnati the week after too. I fancy she’ll have too much for a Boulter who has done well to get this far having not played since Wimbledon.

Back S.Sorribes Tormo to beat K.Muchova for a 3/10 stake at 2.30 with William Hill