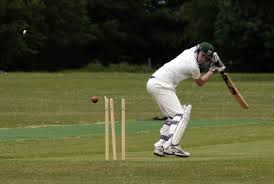 The West Indies produced a really good battling effort to save the second Test match of four against India in Jamaica last week. They will be hoping to make something of that when the two sides battle in the third Test in St Lucia beginning on Tuesday.

West Indies can’t ease up now because if they lose this match that will be it as far as the chance of winning the series is concerned. India go into this match with plenty of motivation. Not only will a win seal the series but back to back wins from here will see them move to the number one spot in the Test rankings.

It looked like the West Indies were going to take another brutal beating when they were shot out for nothing in the first innings and then when India ran up a huge first innings lead the writing was on the wall for the home side but a series of rain and a much better battling effort in the second dig allowed them to salvage the match.

It is important that they don’t get carried away with that effort though because apart from the final day they were outclassed once again. That said if their top order can join the party this could yet be a very competitive match especially in the expected conditions in St Lucia.

Virat Kohli and his men must be wondering how on earth the last match got away from them and I would imagine they will be desperate to prove a point and make up for that right from the start of this match. All eyes will be on the Indian bowlers to see if they were found out in the last game or just got complacent.

India’s batsmen haven’t had any problem in the series so far which is very much a positive and it might be that they alternative their bowlers to freshen things up and ensure that the work their batsmen put in doesn’t go unrewarded for the second game in a row.

West Indies have made changes at the top of their order which they had to do in truth. Rajendra Chandrika has been canned which is no surprise and Jason Holder has confirmed that Leon Johnson will replace him. Carlos Brathwaite or Alzarri Joseph is expected to come into the side.

India have Murali Vijay back available for this match but whether there is a place in the side for him remains to be seen. Ravi Jadeja and Bhuvi Kumar are both pushing for places in the starting line up with Amit Mishra one who would be under pressure for his place.

There have been four previous Test matches on this ground with West Indies winning the last one here against Bangladesh and the other three matches were drawn so you could say they have a decent record here but this is the match they will be judged on.

We’ve seen recently in the Caribbean Premier League that there is no shortage of pace and bounce in the wicket so we should be in for an excellent track which will suit the batsmen but will also give the bowlers plenty of encouragement too.

There is a temptation to oppose India here but not much of one if I’m honest. They would still have won the last Test had the rain not intervened even though they made hard work of it so once again I’ll go to the performance markets for a bet on this match.

Once again I’m lured into the line for Jason Holder. Although he covered it with ease in the previous match, finishing with a total of 107pts, his line has remained at 80.5. I don’t need to add too much to what I said before the previous game albeit that he might well get more assistance with the ball here with his height.

If he does then this line looks even more within reach than it did before. With bat and ball I would expect the West Indian captain to sail safely past 80.5pts.