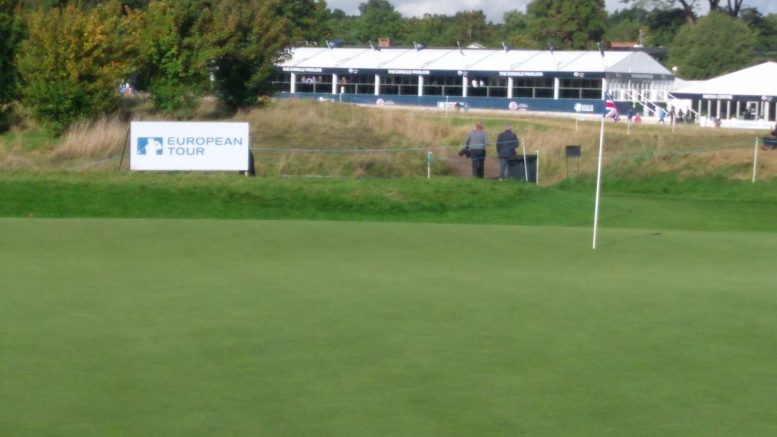 The Iberian Swing on the European Tour concludes with the first and potentially last Mallorca Open as the event has been slotted in to fill the void in the schedule created by the inability to stage events in China and other territories at this stage of the season.

We have had two contrasting opening weeks of the Iberian Swing and we are set to finish with a low scoring event which may well mirror the Spanish tournaments of earlier in the season rather than last week’s tough test at Valderrama.

We are at the Golf Santa Ponsa this week. This place has hosted tournaments in the past but this is the first time in the 21st century that the tour has come back to this part of the Balearic Islands. We saw a lot of the shoehorned in events last year be low scoring tracks on what are effectively holiday courses and we look like we have another of those here. The course is a par 70 which measures 7,156 yards but the two par 5s are pretty long so this might not be a complete birdie fest but it won’t be like Valderrama last week.

The fairways are believed to be very wide here like they are on a lot of resort tracks when you consider they are basically designed for the club golfer who fancies 18 holes while on holiday. You’ve got to think this is a second shot and in golf course so strokes gained on approach is the statistic to be with while a hot putter in what could be a low scoring event if they conditions allow is never a bad thing. 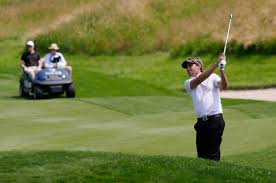 We’ve had the world number one Jon Rahm in the field for the first two weeks of this Iberian Swing but he has decided to have the third week of it off. The two winners of the opening Iberian events – Rafa Cabrera Bello and Matt Fitzpatrick are not in the field so we will get a third different winner in as many weeks here. Thomas Pieters is probably the big name on show which will tell you that this isn’t the strongest field we’ve seen assembled.

It is probably a big week for the likes of Adri Arnaus, Adrian Otaegui, Pablo Larrazabal and Alejandro Canizares who have one last chance to get the job done on home soil this season. Other notable players in the field are Andrew Johnston, Laurie Canter, Ryan Fox, Martin Kaymer and John Catlin. However you dress the week up, this really isn’t a strong field even for this level.

Thomas Pieters will tee off as a 16/1 favourite to win the tournament this week. He missed the cut at Valderrama last week but I’m not going to hold that against him as that is a tough place to play golf. Pieters returned top 10 finishes in the BMW PGA Championship and the Dutch Open recently which is decent enough form but I repeatedly say this is a player who should be winning a lot more than he does, and in truth he hasn’t really threatened to win for a while. That immediately puts me off taking him.

Laurie Canter is still a European Tour maiden but he is 18/1 to break his duck this week. He has finished second in the BMW PGA Championship and fourth in the Andalucia Masters in his last three starts with a missed cut at the Dunhill Links Championship in between, although that was on links courses. He is clearly in good touch at the minute but the fact he chucked a strong lead away last week makes me wonder if he is ready to win yet. He isn’t for me despite his good recent form.

Andrew Johnston comes next in the betting at 20/1. I always prefer him on tracks where there is a bit of a test involved and this doesn’t sound like one of those. The issue he has when he is on a resort track like this is his strengths are either negated or they are not as far ahead of the field as they are on tougher tracks. He has three top 25 finishes in his last four starts though so he is playing well enough if he can find a way to separate himself from the field.

Alexander Bjork has enjoyed Spain this season and he is someone who goes flag hunting with his irons and who can certainly get hot with the putter. His form in Spain this year reads 21-12-7 with the first two of those events very similar to this one in that they were on a resort course. In between then and how he has also finished in the top 10 in Denmark and in the Scandinavian Mixed. He was in the top five at Valderrama last week where he gained more than 12 strokes on the field with the putter. His approach play wasn’t as good last week but those greens are hard to find. At Wentworth recently he was in the top 10 on approach and if he merges that statistic with last week’s putting effort he isn’t going to be far away here.

Alejandro Canizares has shown some decent form in recent times and I think he is the Spaniard who is worth backing to emulate Rafa Cabrera Bello and win on home soil. Over the last two months or so Canizares has finished third in Northern Ireland and in the Dutch Open and he was in the top 25 at Valderrama last week which was no mean effort. His putting statistics have been decent all season and he was fifth in approach play last week and second at the Dutch Open. With no test off the tee here Canizares has all the tools to go very well.

Sebastian Soderberg came second in Valderrama last week and if you go well there the confidence it gives your game is impossible to put into words. This is a man who has won on the European Tour as well so in this company I’m not sure he should be 66/1 to in the tournament. His long game was in great order last week and while that isn’t so much the test here, the greens aren’t as tough here so if he keeps striking the ball well he should set up a lot of birdie chances and give this event a real scare. I’ll pay to see if the Swede has kept his good form.

The other bet I like is Niall Kearney who finished fourth in the Canary Islands and finished with a 61 in that tournament. I’m hoping that island golf brings out his best game once again. In that tournament he gained more than eight strokes with the putter to go with a decent approach game. His form has been coming in the right direction with finishes of 8-35-29-12 in his last four starts, the Hero Open starting that run and the Dutch Open finishing it. He has a great short game and is good on the greens and should be able to go very well this week.