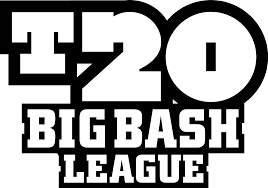 The regular season concludes in the Big Bash League with a double header which has plenty on it on Wednesday and it starts in important fashion when the Hobart Hurricanes take on the Brisbane Heat in Launceston.

The equation for this one is very simple. The Hobart Hurricanes have to win or they are out of the tournament. Even with a win they will be relying on the Melbourne Stars later in the day. Brisbane Heat will compete in the Eliminator whatever happens here.

There is no getting away from the fact that the Hobart Hurricanes have underperformed in this tournament given the personnel that is available to them. They still have a chance of making it through to the finals but in truth if they get there they won’t have deserved to have done. The only positive you could give them from their opening 13 matches is that they haven’t really been wiped out in any of them which has kept their net run rate in a position where it could be useful to them.

Failing to close out matches has cost the Hurricanes dearly. They could easily have won their last two matches but faltered when getting themselves into a winning position. They are crying out for a couple of top order players to bat responsibly and see the game home rather than leave it to someone else to do. They could also do with finishing their bowling innings a little better but that comes with taking more wickets at the top.

We are kind of getting used to the Brisbane Heat coming with a flourish at the end of a season and snatching a place in the finals and that is what has happened again this time around. They have won their last four matches and will go into the finals as one of the form teams. Although their place in the postseason is secured, the Heat can skip the Eliminator and host the Knockout match if they can come out on top here.

Three of those four wins have come when they had posted a score and I always think that is the sign of a nicely balanced side because plenty of teams crumble when they are trying to defend a score. They have also won a match when they chased off the final ball so the Heat are winning tight matches which will give them plenty of confidence. Brisbane look in a good place right now and still have their Test stars around which should help.

Tim David has posted scores of 76*, 20, 44* and 24 in his last four innings so it might be time for the Hobart Hurricanes to push him up the order a notch and ensure he has enough time to win them this match rather than hope he gets them home later in the piece.

Sam Hain could be important for the Brisbane Heat when the Test stars depart for India over the weekend. After taking a couple of matches to settle in he has made 33* and 73* in his last two innings and is a class act batting against the white ball.

There were 312 runs when these two met at The Gabba last week and in the only match that has been played at Launceston this term there were 336 runs so there is enough to suggest that we might see a high scoring game here, especially when you consider that the do or die nature of the Hobart Hurricanes’ season in this one might bring about the best form of class acts such as Caleb Jewell, Ben McDermott and D’Arcy Short who have struggled in recent matches.

The Heat have added a batter to their squad in the form of Sam Heazlett so they must be heading to Launceston expecting a good batting track which makes me think we will get a high scoring game. We saw Brisbane take the Stars’ bowling to the cleaners a few nights ago but their own bowling got some tap and just two days ago the Hobart bowling went the distance to tail enders in the last few overs. If the top orders bat sensibly here this should be high scoring so I like over 307.5 runs in this encounter.