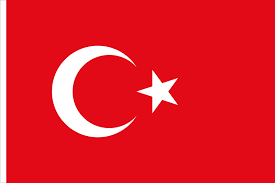 How Qualified: Runner Up Group H

Sign up for a Betfair account during Euro 2020 and get up to £100 in FREE BETS! New accounts only. Click the image below for this fantastic offer! 18+ T&Cs apply. Gamble Aware.

Turkey don’t have the worst history in this tournament it has to be said. Twice since the turn of the century they have made the quarter finals or further but are yet to reach the title showdown. The closest they came to that was in 2008 when Germany denied them in a great semi-final. That decade was when Turkish football was at its best with them also finishing third in the World Cup out in Japan and Korea in 2002. This group of players are being looked upon in the same way that those players were so there is a little pressure on them to deliver here.

Turkey did ever so well to qualify from a group that nor many expected them to come out of. France were always going to win the section but for Turkey to qualify ahead of Iceland and Albania was no mean effort, neither was going through that campaign with just the one defeat and being undefeated in their two matches with the reigning world champions. Cenk Tosun was the leading man for them in qualifying with five strikes throughout the campaign. Injury has ruled him out of the tournament though.

I think the year delay has helped Turkey. I have to admit I had them firmly on my dark horse radar had the tournament gone ahead 12 months ago but since then Caglar Soyuncu has continued to establish himself at Leicester while the likes of Ozan Kabak and Okay Yokuslu have come to the Premier League and proved themselves. If that isn’t enough Burak Yilmaz is a league winner again having won Ligue 1 and Hakan Calhanoglu is also coming off a decent season. Their younger players have had another year to integrate themselves in the setup too so this tournament being this year rather than last has done Turkey no harm at all.

The Turks look very strong at centre-back with the Leicester favourite Soyuncu joined by Merih Demiral of Juventus at the heart of the defence. Then they have Ozan Kabak and one or two other options at their disposal should they need back up to those players. They also have a couple of very tidy creative sparks in Hakan Calhanoglu and Cengiz Under at their disposal.

With Cenk Tosun injured there might be a little too much pressure on the Lille forward Burak Yilmaz to deliver the goods for them. He is getting no younger either so he’ll need his chances to come on a plate you would feel. He is one of just two men in the squad with double figures in goals to their name in international football. You also don’t quite know which Turkey will turn up. They can be brilliant or awful.

After failing to qualify for the last World Cup in Russia, Turkey went back to the man who guided them to third position in that competition in 2002 in Senol Gunes. He is an extremely experienced coach who won a couple of league titles back in Turkey when in charge of Besiktas in 2016 and 2017. He allows his teams to express themselves and that could be just what this particular squad need over the course of this tournament. His record reads: P25 W13 D9 L3.

Caglar Soyuncu could be one of the defenders to light up this tournament. He isn’t just good in his own box but he is also very good in the other box as well but you get the feeling if Turkey are going to justify their status as the dark horse for many then Burak Yilmaz will need to deliver the form which took Lille to the Ligue 1 title. He will be on penalties and sniffing out anything that the midfielders can create in and around the penalty box.

Throughout this team guide it has been mentioned that this is a Turkey side who like to score goals and are good at doing so. This is a side who scored in both matches against France in qualifying and who already have 10 goals in World Cup qualifying, including four against the Netherlands, in just three matches. There is clearly an intent to get forward and get the ball in the back of the net for this side under Senol Gunes.

That makes me think that the 8/11 on Turkey notching more than 3.5 goals in the tournament is one worth getting stuck into. Admittedly Italy, Switzerland and Wales aren’t sides who leak goals too often, but neither are France and Turkey scored three goals against them in qualifying. In fact, in the last three years they have scored in 75 of their competitive games and if they qualify from their group they’ll have at least four matches here. Two goals in one and a goal in two of the others fits their ratio in that time and gets this line covered. I like the over here.