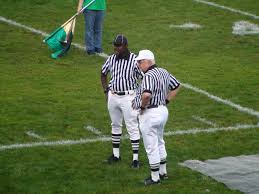 The race for the NFC South title is in the spotlight on the Monday Night Football this week when the Tamba Bay Buccaneers host rivals New Orleans Saints in what might be the defining match in what has been a poor division.

Despite leading the way in the NFC South, the Tampa Bay Buccaneers have a losing record for the season but a win here will put them in firm control of their destiny. Having lost the first meeting, this might be a bigger game for the New Orleans Saints.

The Tampa Bay Buccaneers have not had a season to match the two that have gone before it. In truth they haven’t got going on offense at all. Whether that is down to age catching up with Tom Brady only he will know. One issue they have had is running the ball. Injuries haven’t helped in that regard and they haven’t really helped in the passing game either and while getting to the playoffs is realistic, if they are going to have a run in them then they have to sort that out.

The positive for the Bucs is that their defence has generally held firm for most of the campaign. Only the Kansas City Chiefs and the Baltimore Ravens have put up more than 21 points on Tampa Bay this season so if they can find some form, fitness and continuity in their offense then there is every reason to think that Tom Brady and his teammates will make the playoffs. Even this early in the campaign they know that only the division winners will extend their season so this is big.

The New Orleans Saints will go level with the Tampa Bay Buccaneers for wins this term if they win this match, albeit they would have played a match more than the Florida based outfit. More importantly, the Saints will level the series between the two and you would imagine that is crucial because if the Bucs go two games clear and have the series on their side should a tie occur at the end of the season it is hard to see how New Orleans win the division.

They too have had plenty of problems on offense this term. They have lost three of their last four matches and have scored 23 points in total in those three games. The match they won in between those losses they scored 27 points. Their defence is holding up pretty well considering the offense hasn’t got anything going but it is largely irrelevant if they don’t start putting points on the board. That pass defence will be tested fully in this one.

I’m not expecting a high scoring game here. The last two meetings between these two rival sides have yielded just 39 points in total and both teams are having enough offensive struggles that you would imagine this is going to be a battle that the defences win. The point line for this one is only 41.5 and while I would edge towards the under a defensive score or two would soon put paid to that so instead I’m going with another bet.

The bet I like instead is over 3.5 field goals. Both teams have kickers that can be relied on and in their first meeting there were three field goals and I would argue that the offenses have got weaker since then, especially in the red zone, certainly statistically at least. That should lead to more field goal attempts and in what is likely to be a low scoring game both head coaches are likely to take the three rather than chance their arm so the 11/8 that we get at least four field goals looks good to me.