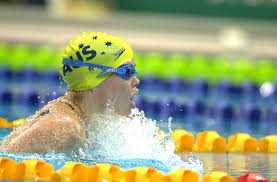 The Tokyo 2020 Olympics continue on Tuesday when the fourth full day of action is played out behind the closed doors in the Japanese capital on another day of intense sporting combat where no fewer than 22 gold medals are up for grabs.

The action continues with some of the biggest sports in the Games all showcasing their skills once again with the majority of eyes likely to be on the swimming, diving, Rugby 7s and the women’s triathlon.

The other sports that are on show on Tuesday are the rugby 7s where the knockout phase of the competition begins, the hockey, women’s football where the group action draws to a close, table tennis, badminton, handball, softball and the two volleyballs – beach and the traditional game. There is also more action in the rowing, sailing and water polo spheres among much more!

The taekwondo arena has been slightly bittersweet for Team GB with a couple of very good silver medals but one of their ‘bankers’ of the meeting falling in the first round. Another of those expected to win gold takes to the mat on Tuesday in the form of the Rio bronze medallist Bianca Walkden, the housemate of Jade Jones who was the player beaten in the first round earlier in the week.

The confidence behind Jones was mainly because she had won gold at the last two Olympics but there is a strong case to be made that Walkden is the GB strongest chance. Since she walked away with the bronze in Rio five years ago she has won two world titles and cleaned up the European crown earlier in the year. Walkden beat the second favourite Zheng Shuyin to win the gold at the last World Cup and those two look clear of the field. Walkden is seeded through to the quarter final so she only needs to win three bouts for the gold. I think the 2/1 on her to do that is worth getting stuck into.

There could be more British success in the swimming pool on Tuesday after the success of Adam Peaty on Monday. Britain have two swimmers in the men’s 200m freestyle including the fastest qualifier Duncan Scott, the bronze medallist at the World Championship a couple of years ago. His rival in the race will be the man he shared the bronze medal with in Martin Malyutin although it might be his teammate Tom Dean who lays down the biggest challenge.

There is a little bit of pressure on Scott in this race. He was very vocal in the past about the drug issues with the 2016 champion Sun Yang and as a result the Chinese swimmer is no longer in competition. This will feel like a huge chance for Scott to win this race. He has got better as the event has gone on and qualified almost half a second quicker than his rivals. When you consider the majority of those fastest in the semi-finals were in his race he knows he has the beating of the field. He looks a big price to deliver gold.

The last bet I like on Tuesday comes in the women’s football where I expect the Netherlands to do a job on China in a match that the Dutch need to win and might need to win big in order to win the group. They have already won one match big in this tournament when they walloped Zambia 10-3 and while their defence hasn’t been particularly tight in this event they have been mustard going forward.

They bagged another three in the match against Brazil and although China scored four against Zambia, they conceded four as well so I expect the powerful Dutch attack to feast on another weak prey here. China were all at sea against Brazil in their opening match and failing to beat Zambia has left them with it all to do to make it through to the next round. The more they open up to look for the win they need to go through the better the chance is of the Netherlands going clear. I’m a little surprised the Dutch are only having to give up two goals on the Asian lines here. I expect them to cover that.