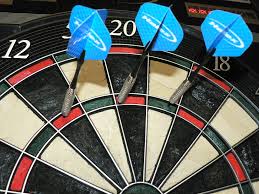 The second round of the World Matchplay comes to a close on Wednesday evening when the last four matches take place inside the Winter Gardens in Blackpool as the line up for the quarter finals gets finalised.

We’ve already seen the likes of Gerwyn Price and Dimitri Van den Bergh make it through to the last eight and on Wednesday stars such as Peter Wright, Jose de Sousa and Michael van Gerwen will look to join them there.

The opening match of the night could very well turn out to be the best one of the evening as Michael Smith goes up against Jose de Sousa in what has the potential to be a high scoring classic if their semi-final of the Grand Slam last year is anything to go by.

De Sousa won that match so Smith will be on a bit of a revenge mission here in a match where you sense timing will be the thing that wins the day. De Sousa eased through the first round against a Gabriel Clemens who was surprisingly subdued and easily beaten whereas Smith overcame the challenge of Ryan Searle, who himself didn’t really show what he can do. You would probably suggest that de Sousa is a worthy favourite here, although he might be a little short, I don’t see him running away with this one. These two have met seven times and if we take away their first Grand Slam meeting which was a group match and not knockout, the other six have all been very close. They have finished 6-5, 7-5, 8-7, 16-14, 10-7 and 10-9, the last three all on TV within the last nine months so they are relevant. That makes me think over 18.5 legs at even money is the way to go here.

The second match of the night should be another tasty encounter when the former winner Gary Anderson goes up against a man who is no stranger to winning on the big stages himself in the form of Nathan Aspinall.

This should certainly be a very watchable match because they both like to get on with the game without any of the histrionics which have crept into the sport in recent years. Both play with a nice rhythm and that is probably why a lot of their matches have been close in the past. We can’t really judge Anderson’s form here because his opponent in the first round, Stephen Bunting, was absolutely terrible in the heat of the big stage. Aspinall had to play well to come past Mervyn King though, who might still be ruing some costly misses at doubles. I think these two are evenly matched and while just on activity alone I’d favour Aspinall, it isn’t with any conviction. I’m happy to sit this one out.

The former champion Michael van Gerwen continues his quest for a first title of 2021 in the third match on Wednesday evening when he takes on an Ian White who has flattered to deceive a little this year and who fell over the line in the first round.

To be fair to White, van Gerwen wasn’t overly convincing for the first 10-11 legs of his win over Damon Heta on Monday night but when he clicked into gear he soon had the Australian beat and it is those bursts that really makes the Dutchman impossible to oppose here. White is one of those players who is capable of hanging around and although the longer the match goes on the better I expect MVG to get, none of the betting markets really allow for that to be the case and a way in as a result. I’ll leave this one alone.

The final match of the second round sees the former world champion Peter Wright taking on a Joe Cullen who continues to underachieve on the big stage, but who had a good win over the much fancied Chris Dobey in the first round.

That was a really good win for Cullen who took next to no form into the match with him so he’ll be up for this one. We don’t really know what form Wright is in because Danny Noppert was terrible in their first round match and it quickly became something of a cruise for the Scot. Naturally Wright talked himself up after the match but I don’t think that will bother Cullen. What might though is that when he and Wright meet he tends to come out on the wrong side in heavy fashion. They have met 18 times in the past with Wright coming out on top on 15 occasions. In among those 15 wins there have been a pair of 6-1s, an 8-1 and the last two were 7-2 and 7-1. That suggests that if Wright is on it here this could get messy for Cullen and the odds against on Wright to cover 2.5 legs looks acceptable to me.